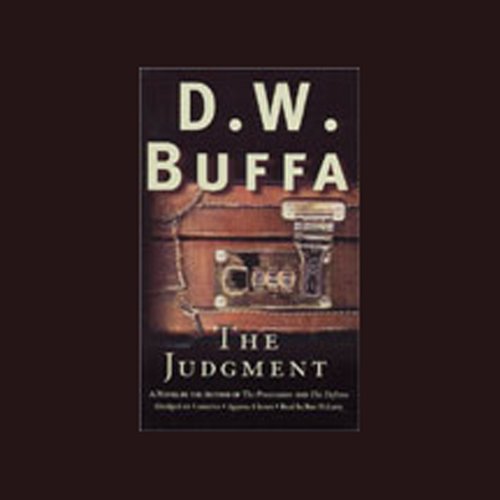 No one had a more brilliant legal career than Judge Calvin Jeffries. And no one cared less about the law and more about power. That is, until Jeffries is found murdered in a courthouse parking lot. The crime shocks the community, but justice is swift. Jeffries's killer is caught, confesses, and then unexpectedly commits suicide in his jail cell. The case is closed.

Soon a second judge is stabbed to death under identical circumstances. And like the Jeffries murder, the killing appears to be an open-and-shut case, and a copycat crime as well.

Yet there's one attorney who knows both sides of Judge Calvin Jeffries too well to believe the murders were simply random acts of violence. Attorney Joseph Antonelli agrees to defend the accused. What he discovers challenges everything he knows about crime and punishment...and himself. He uncovers a twisted trail of retribution and obsession that leads to the real killer - and a plan even more chillingly flawless than the mythical "perfect crime."

What listeners say about The Judgment

NOT a good whodunnit

This book is not for the serious courtroom afficionado. Too predictable. The narrator was alright, pleasant baritone.

Buffa is one of my favorite mystery writers and The Judgment is riveting. Buffa's handling of psychological material key to the story is fantastic.