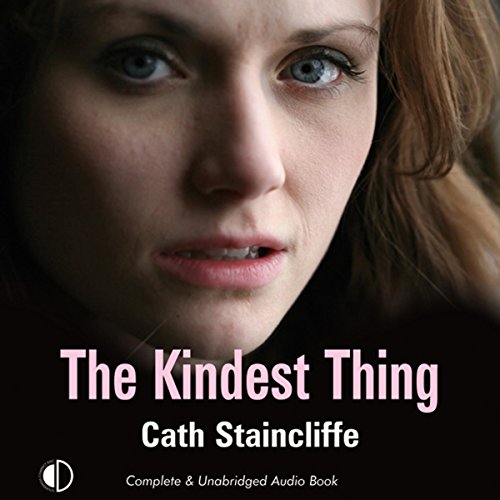 Here is a love story, a modern nightmare, and an honest and incisive portrayal of a woman who honours her husband's wish to die and finds herself in the dock for murder.

When Deborah reluctantly helps her beloved husband Neil end his life and conceals the truth, she is charged with murder. As the trial unfolds and her daughter Sophie testifies against her, Deborah, still reeling with grief, fights to defend her actions. Twelve jurors hold her fate in their hands; if found guilty she will serve a life sentence.

Deborah seeks solace in her memories of Neil and the love they shared. An ordinary woman caught up in an extraordinary situation. A book that begs the question: what would you do?

What listeners say about The Kindest Thing

This thought-provoking book really played with my emotions; I could relate to many of the themes in direct and indirect ways and therefore I was immediately drawn deep into the story and found the book hard to put down.

This would be a great pick for a book club since it’s full of heavy topics to discuss in great depth:

I thought it was a great novel that really handled a delicate topic with insight. I wonder if personalizing a case like this would ever change someone’s mind about whether or not euthanasia is acceptable or reprehensible?

I feel like I was put through an emotional wringer and spit out at the other end - I am spent after reading this book and want to move on to some lighter fare!

I loved this audio book. The story was partly the story of an ordinary life which the diagnosis of the husband's illness had turned upside down and partly a courtroom drama; both were cleverly handled. The characters and the relationships were very realistic and fully developed. The narration suited the book perfectly; it has a matter of fact tone which fitted well with the main character. I couldn't put it down and it really is a thought-provoking story.