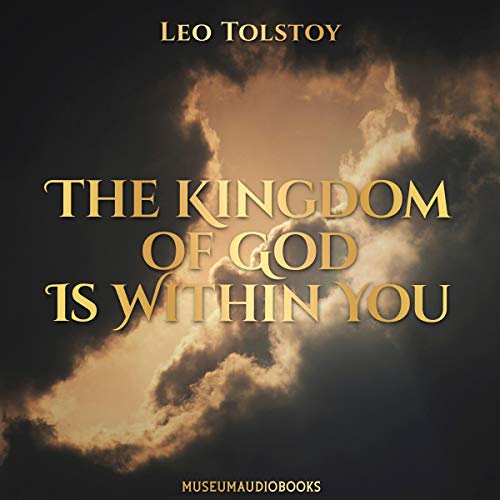 The Kingdom of God Is Within You by Leo Tolstoy is a philosophical treatise first published in Germany in 1894 after being banned in his home country of Russia. The work is the culmination of 30 years of Tolstoy's thinking, and sets out rules for a new organization of society, based on an interpretation of Christianity which focuses on universal love. In a bold and original way, Tolstoy shows his audiences why violence of any type - even that sanctioned by the state or the church - must be rejected. A high degree of the book’s appeal lies in its emphasis on fair treatment of the poor and the working class. Its concept of Christianity is that of a workable philosophy originating from the words of a remarkable teacher, and it has inspired many religious and secular leaders, including Gandhi.

What listeners say about The Kingdom of God Is Within You