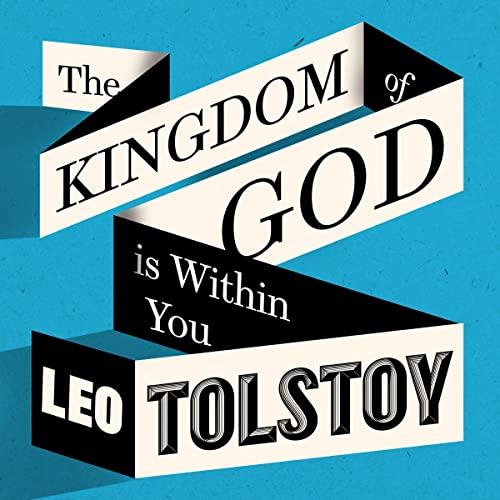 The Kingdom of God Is Within You

Banned in Russia, Tolstoy's The Kingdom of God Is Within You was deemed a threat to church and state. The culmination of a lifetime's thought, it espouses a commitment to Jesus's message of turning the other cheek. In a bold and original treatise, Tolstoy shows his readers clearly why they must reject violence of any sort—even that sanctioned by the state or the church—and urges them to look within themselves to find the answers to questions of morality.

In 1894, one of the first English translations of this book found its way into the hands of a young Gandhi. Inspired by its message of nonresistance to evil, the Mahatma declared it a source of "independent thinking, profound morality, and truthfulness". Much of this work's emotional and moral appeal lies in its emphasis on fair treatment of the poor and working class. Its view of Christianity, not as a mystic religion but as a workable philosophy originating from the words of a remarkable teacher, extends its appeal to secular and religious listeners alike.

What listeners say about The Kingdom of God Is Within You