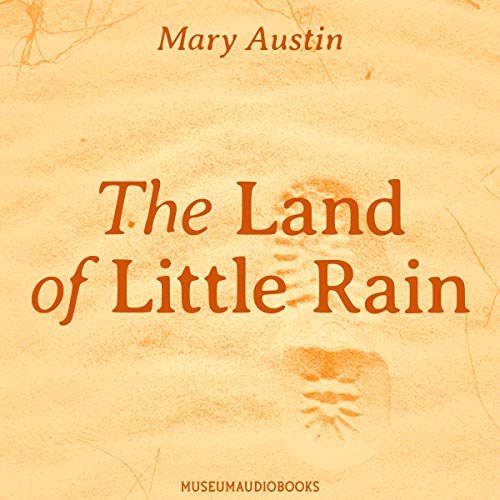 The Land of Little Rain

The Land of Little Rain by Mary Hunter Austin, first published in 1903, contains a series of interrelated essays about the American Southwest. A theme of environmental conservation and a philosophy of regional culture loosely link the narratives.

The first essay covers the "Country of Lost Borders," an area between Death Valley and the High Sierras. In "Water Trails of the Ceriso", the author describes the many animals that travel along the trails, including coyotes and quails. "The Scavengers" deals with carrion feeders like buzzards and crows. "Shoshone Land" chronicles the experiences of Winnenap', a medicine man originally from Shoshone Land who was captured by the Paiute tribe. Other notable essays include "Jimville - a Bret Harte Town", "My Neighbor's Field", and "The Mesa Trail".

What listeners say about The Land of Little Rain