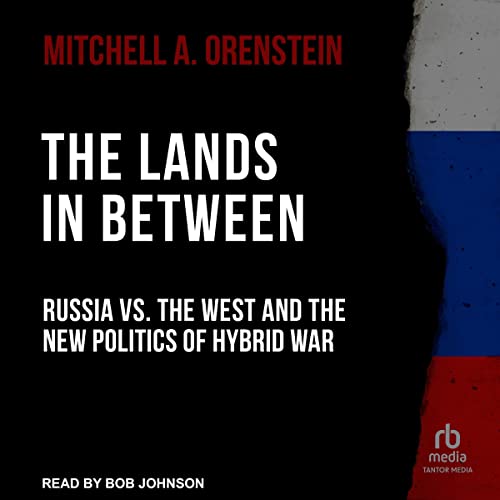 The Lands in Between

Written by: Mitchell A. Orenstein
Narrated by: Bob Johnson
Free with trial

Russia's stealth invasion of Ukraine and its assault on the US elections in 2016 forced a reluctant West to grapple with the effects of hybrid war. While most citizens in the West are new to the problems of election hacking, state-sponsored disinformation campaigns, influence operations by foreign security services, and frozen conflicts, citizens of the frontline states between Russia and the European Union have been dealing with these issues for years.

The Lands in Between contends that these "lands in between" hold powerful lessons for Western countries. For Western politics is becoming increasingly similar to the lands in between, where hybrid warfare has polarized parties and voters into two camps: those who support a Western vision of liberal democracy and those who support a Russian vision of nationalist authoritarianism. Paradoxically, while politics increasingly boils down to a zero sum "civilizational choice" between Russia and the West, those who rise to the pinnacle of the political system in the lands in between are often non-ideological power brokers who have found a way to profit from both sides, taking rewards from both Russia and the West. Increasingly, the political pathologies of these small, vulnerable, and backwards states in Europe are our problems too. In this deepening conflict, we are all lands in between.

What listeners say about The Lands in Between