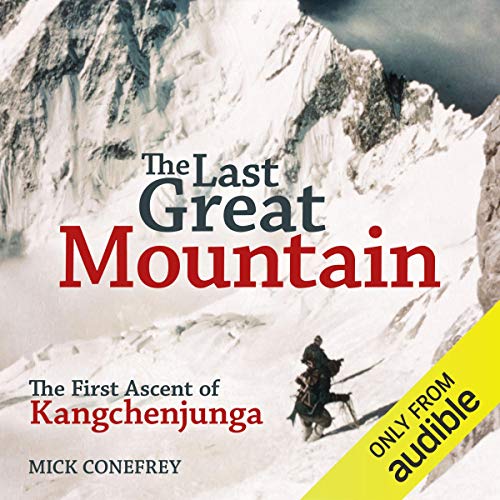 The Last Great Mountain tells the story of the first ascent of Kangchenjunga the third highest but reputedly the hardest mountain in the world. It was an astonishing achievement for a British team led by Everest veteran Charles Evans. Drawing on interviews, diaries and unpublished accounts, Mick Conefrey begins his story in 1905 with the disastrous first attempt on the mountain by a team led by Aleister Crowley, explores the three dramatic German expeditions of the the late 1920s and brings it all to a climax 50 years later with the first ascent by Joe Brown and George Band. The Last Great Mountain is the final instalment of Mick Conefrey's acclaimed high-altitude trilogy.

What listeners say about The Last Great Mountain

As usual for the author a great tale that balances research based on good archival history, biography and interviews with a cracking adventure tale.