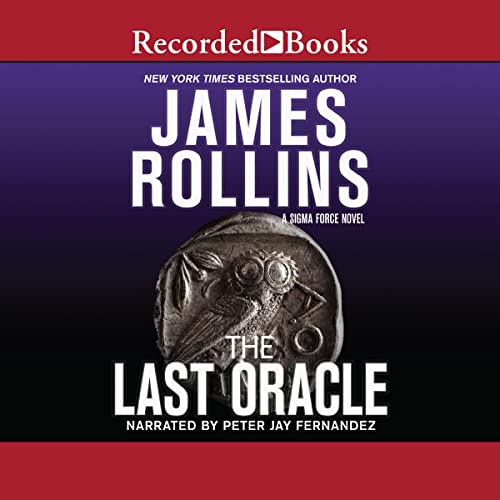 James Rollins is the author of the bestselling SIGMA Force novel The Judas Strain.

In this assignment, the special ops unit battles a group of rogue scientists intent on bioengineering a prophet for the new millennium.

A ragged man dies in the arms of Commander Gray Pierce, apparently the victim of an assassination. A bloody coin found in the man’s hand appears to be a stolen relic that dates back to the Oracle at Delphi, and the man turns out to have been a scientist on a secret mission. As Pierce investigates, he uncovers a team of scientists bioengineering savant autistic children in the hopes of creating the next Buddha, Jesus, or Muhammad. While they trust this prophet will be a harbinger of peace, things quickly spin horribly out of control.

What listeners say about The Last Oracle