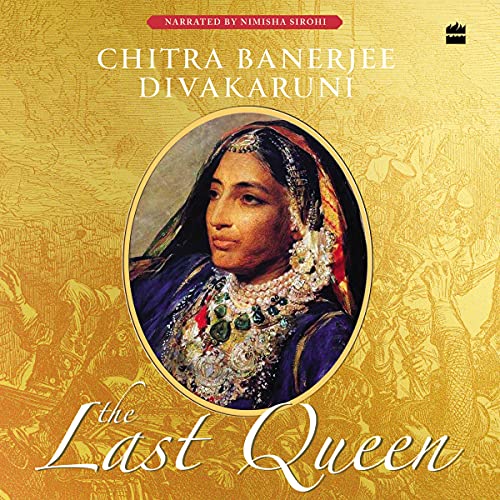 The epic story of Rani Jindan Kaur, one of the most fierce and fearless women of the 19th century. An inspiration for our times.

While we have all heard tales of Rani Lakshmi Bai and Padmavati, not many of us are familiar with another Indian queen.

Daughter of the royal kennel keeper, the beautiful Jindan Kaur went on to become Maharaja Ranjit Singh's youngest and last queen; his favorite. She became regent when her son Dalip, barely six years old, unexpectedly inherited the throne. Sharp-eyed, stubborn, passionate, and dedicated to protecting her son's heritage, Jindan distrusted the British and fought hard to keep them from annexing Punjab. Defying tradition, she stepped out of the zenana, cast aside the veil, and conducted state business in public. Addressing her Khalsa troops herself, she inspired her men in two wars against the "firangs". Her power and influence were so formidable that the British, fearing an uprising, robbed the rebel queen of everything she had, including her son. She was imprisoned and exiled. But that did not crush her indomitable will.

An exquisite love story of a king and a commoner, a cautionary tale about loyalty and betrayal, and a powerful parable of the indestructible bond between mother and child, Chitra Banerjee Divakaruni's unforgettable novel brings alive one of the most fearless women of the 19th century, an inspiration for our times.

What listeners say about The Last Queen

As it's fictitious, I hoped the Rani would be wrote of, as more of a Hero but her character sketch could not unclasp itself from victimhood. Glorification of a woman's suffering, even in contemporary works of fiction, honouring the age old ideology of a "woman must suffer to be liked" - was a disappointment. When will we be rid of the 'bechari' tag ?

A story of ambition, and survival thereof.

The first person narrative adopted in the story allows the writer to interpret and present the emotions of the protagonist. Only a deep understanding of human nature can help add this dimension.
An interesting read/listen. Well narrated voice with Indian pronunciation of words and characteristic intonation.

One of the finest books I have read, loved the research that went into the same.

Nimisha Sirohi has such an enchanting voice. Chitra's work is incredibly masterful, this one perhaps more a favourite than A Palace of Illusions

I'm fond of history but never read about Rani Jindan Kaur, not even in school. The way Rani Laxmibai is featured, similarly other Rani's should get that place in school history. Like Ahilya Bai Holkar as well, very less or nothing is mentioned about her, my daughter is fond of her since she is watching the Serial on TV. I promised her to take her to maheshwar this year. will tell her about Rani Jindar Kaur as well...I am sure she will love her also.

The spirit of King Ranjitsinghji

it is so tough to decide between story line and narration. both are amazing. i enjoyed the entire book. i hope Devika had researched hard to put together the story. i feel so good that i have not missed ouf this masterpiece.

It is really a great book, to know about our last true queen of Punjab. I really admire her research for the book.

very well written and performed..loved it

very well written and performed..one of the best so far. loved it ..enjoyed every bit

Jindan's character is lovingly woven, a beautiful woman with her own flaws but not lacking in humanity or love.
Thoroughly enjoyed reading and knowing about treachery and betrayals, love and sacrifice. Thank you Ms Divakaruni. yet another feather in your well decorated cap.