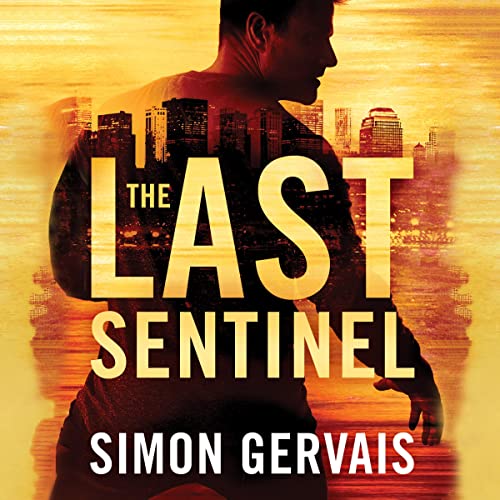 From the celebrated author of The Last Protector comes an action-packed sequel about a man whose duty to his country threatens the life of the woman he has vowed to protect.

Ex-Secret Service agent Clayton White doesn’t miss the relentless danger that defined his career. These days, he’s enjoying life at sea with his fiancée - who also happens to be the daughter of the double-dealing vice president, Alexander Hammond. But for the most part, Clayton has made peace with his old nemesis.

Then their ship, the NOAAS Surveyor, comes under attack. That same day in Miami, the Second Lady of the United States is assassinated. Hammond, who dodged the bullet meant for him, calls upon Clayton to help him hunt down the responsible party.

Clayton wants nothing to do with the notorious vice president, who boasts a violent and capricious history. But with his fiancée’s life in the balance, Clayton has no choice. He jumps back into the fray, where he’ll face off with enemies new and old. And unbeknownst to Clayton, a deep-rooted enemy has been waiting in the shadows and has now set his sights on him.

This time, it’s not just the world Clayton’s trying to save - but the woman he loves.

“The numerous action scenes are depicted with precision and authority, including technical details of armaments and vehicles. Gervais’s action-packed odyssey of a righteous American Everyman continues in fine fashion.” —Kirkus Reviews

What listeners say about The Last Sentinel

How to turn gunfights into fist and knife fights

Formula for a Gervais fight. Get too close. Draw gun late. Lose gun. Struggle for bad guy's gun. Punches thrown. Bad guy loses his gun, too. Both draw a knife and get cut up. Somehow bad guy loses.

Stupidity that detracts from the story which isn't bad otherwise.

The reader is adequate. I listen at a faster speed so that the reader doesn't sound like he is dragging it out.

Audiobook Review – The Sentinel – Simon Gervais
“The Sentinel” is Canadian author Simon Gervais’ sequel to the Clayton White series, “The Last Protector.” Book two is about ex-Secret Service agent Clayton White and his vow to protect the woman he loves who also happens to be the daughter of the double-dealing vice president. In this story the vice president who White has no love lost for, comes under attack, and calls upon White to help him track down the responsible party. White wants nothing to do with the notorious vice president and future father-in-law, who boasts a violent and erratic history. But with his fiancée’s life in the balance, White has no choice but to mend fences with the VP and jumps back into the fray, where he faces off with old and new enemies. The Sentinel is action packed, suspenseful, romantic, and adventurous. Gervais tells another stellar story that kept me interested and lead me to want more. As usual, Gervais’ character development was top-notch, and highly character driven. All the characters throughout the tale were captivating and well-crafted for the storyline. Also, the plot was imaginative and strong, and full of well-placed action and violence. I also commend Gervais on creating sinister villains that not only added to the story but in a lot of ways made the story exciting, thrilling, and gripping. Gervais is adept at engaging the reader with intense action, excitement, and wonderment. And The Last Sentinel has all these attributes. Just like its predecessor The Last Protector, The Last Sentinel, with its riveting cliffhanger will leave listeners wanting more. I certainly do and will continue the series with the hope that Gervais crafts book three of the series sooner than later. I highly recommend this series.

Good story line, good action, I am enjoying it.

I am enjoying the story. A bit contrived. Nice plot twists. Fun to listen to.

I did not enjoy this book. I’m very tired of action, mystery, thrillers, and other similar genres turning into romance novels. It’s annoying that as readers we have to listen to starry eyed women and men who want women but it’s not a good idea for them to date or marry. Over the top pregnancy reveal.

The Last Sentinel sees the return of Clayton White the hero of The Last Protector. Now living with his fiancé Veronica Hammond, daughter of Vice President Alex Hammond, they are enjoying a low key and for him a fairly uneventful life on board the NOAAS Surveyor in the Florida Keys, engrossed in her work. But this doesn’t last long as the boat they are on and Veronica’s father, who is in a Miami are attacked at the same time.

If you enjoy the first book in this series you’ll like this one too, it’s more of the same. It’s full of stereotypical characters and no nonsense action. The action is relentless, and White the no nonsense action hero. The story isn’t too intricate, a case of revenge as White’s military past catches up with him. It’s a fast paced easy read. I loved the way that every bit of kit, whether it’s guns, helicopters, cars, or whatever are given their full catalogue description, such as a Sikorsky MH-60T Jayhawk in which a coast guard petty officer is manning a Dillon M134D electrically driven Gatling gun that fires 7.62 mm rounds at a rate of three thousand per minute.

With The Last Sentinel as with The Last Protector you get exactly what it says on the tin. It won’t win any literary prizes, it’s not even in the same league as a Clive Cussler or a Tom Clancy for example. But it’s still entertaining and all good fun.

The narration leaves a lot to be though. Although in fairness it fits the literary style.

Loved the narration of Jeffrey Kafer

The past is catching up. Clayton enjoying life at sea with his fiancée Veronica. Who is the daughter of the vice president, Alexander Hammond.
Clayton finds himself back into the fray, were and old enemies new and old. have their sights on him and Veronica,