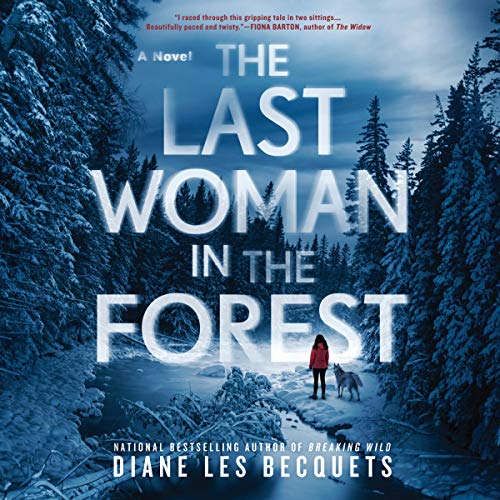 From the national best-selling author of Breaking Wild, here is a riveting and powerful thriller about a woman whose greatest threat could be the man she loves....

Marian Engström has found her true calling: working with rescue dogs to help protect endangered wildlife. Her first assignment takes her to Northern Alberta, where she falls in love with her mentor, the daring and brilliant Tate. When they’re separated on another assignment, she’s shattered to learn of his tragic death. Before long, Marian discovers disturbing inconsistencies about Tate’s life and begins to wonder if the man she loved could have been responsible for the unsolved murders of at least four women.

Hoping to clear Tate’s name, Marian reaches out to a retired forensic profiler who’s haunted by the open cases. But as Marian relives her relationship with Tate and circles ever closer to the truth, evil stalks her every move....

“I raced through this gripping tale in two sittings, only pausing to admire the stunning views of the snowy wilderness. Beautifully paced and twisty.” (Fiona Barton, New York Times best-selling author of The Widow)

“[An] elegantly written thriller...the story revs up, providing more than enough tension and suspense as Marian inches closer to the dangerous and disturbing truth. Eloquent, detailed descriptions of nature and of rescue dog training, survival techniques, and the peripatetic life of conservationists enrich the narrative.” (Publishers Weekly)

"Diane Les Becquets at her best: unflinching and terrifying, yet buoyed by hope and love. This novel scared me...but that didn't stop me from racing through it.... This is a powerful novel, and a story I won't forget." (Wiley Cash, New York Times best-selling author of The Last Ballad)

What listeners say about The Last Woman in the Forest

She touched upon the mindset of women

I would advise that the last chapter be listened to first. It gives the background story of how this novel came to be.
She brought to life the thoughts and anguish of those who have been abused and the thought process that many people will struggle with.

With love for nature and animals, this book captivates through its descriptions of life spent outdoors. Timely, well-written, and thoroughly researched, the author peels back the layers of shame felt by victims of abuse and the strategies of their abuser. This book will stay with me for a long time. It wasn’t until I heard the author’s acknowledgements that I understood that though this is fiction, it is based in reality. It’s an unusual, but beautiful story, terrific performance.