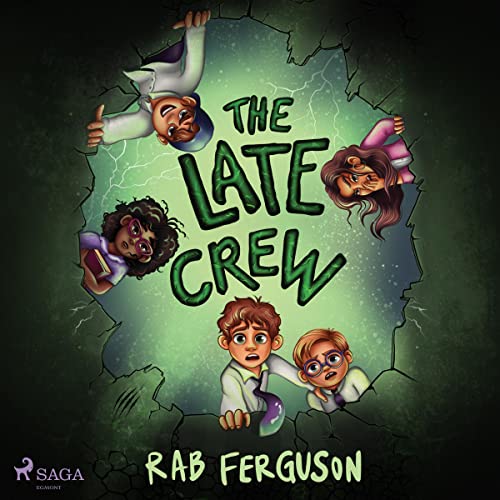 Tyler is late for school again. And his teacher's not happy about it.

Thing is, his mum is sick and his autistic younger brother, Levi, needs help getting ready for school. Is Tyler supposed to leave without giving Levi his breakfast or his mum her cup of tea?

Sent to detention for lateness, he is joined by bad-boy Jayden, class-clown Alisha, and, most surprisingly, straight-A student, Grace.

When an alien crash lands in their school gym, The Late Crew are entrusted with his special cargo. But can Tyler really take on another responsibility? It turns out his fellow Late Crew have problems of their own too but perhaps if they team up, they could just save their school and their new friend too.

A fast-paced tale of unlikely heroes and unlikely friendships that will thrill young fans of The Breakfast Club Adventures by Marcus Rashford.

Rab Ferguson was born and raised in the UK. He graduated with a first class Creative Writing and English Literature Degree in 2013, and since then has worked with young people, including as a performing storyteller.

What listeners say about The Late Crew