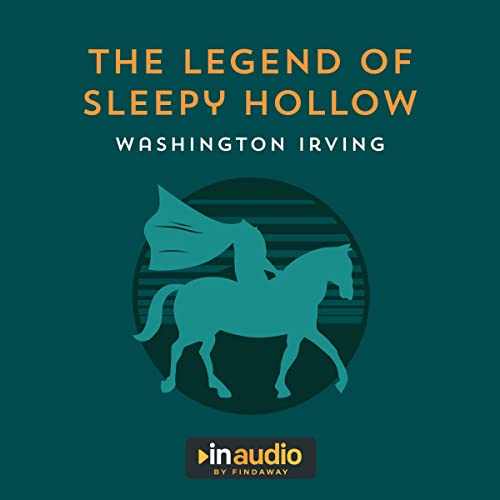 The Legend of Sleepy Hollow

In the dark shadow of the grove, on the margin of the brook, he beheld something huge, misshapen, and towering. It stirred not, but seemed gathered up in the gloom, like some gigantic monster ready to spring upon the traveller.

During a late-night horse ride, the lovelorn schoolteacher Ichabod Crane passes through the sites of familiar ghost stories. It is dark and the forest is full of spooky sounds. He thinks his imagination is getting the best of him, but suddenly he finds himself being pursued by a shadowy figure. To his horror, Ichabod realizes that the figure has no head on his shoulders, but instead holds his head in front of him on the saddle. Ichabod races to safety at the other side of the bridge, only to turn around and see the horseman’s head hurled directly at him.

Was Ichabod Crane a victim of the Headless Horseman? Or was it a prank by one of the villagers competing for Ichabod’s love interest? His fate remains the speculation of the settlers in the story, and continues to intrigue audiences to this day. Since Washington Irving first published the story in 1819, this classic legend has been retold in many forms, including TV, music, and theatre. Fans of the Sleepy Hollow film adaptation by Tim Burton will enjoy listening to this production of the original, unabridged text that inspired it all.

What listeners say about The Legend of Sleepy Hollow