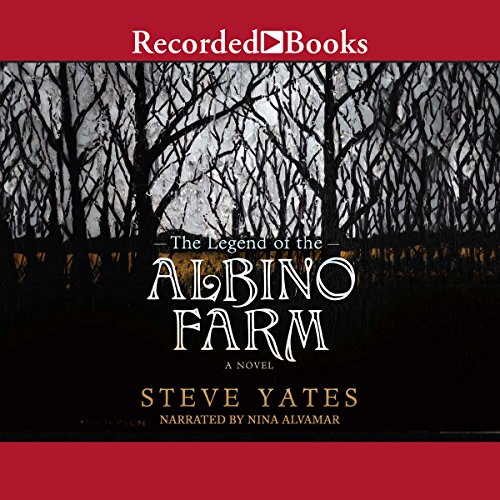 The harrowing saga of the last of a loving family cursed over the years by a progressively destructive community legend or by a piece of land in the Missouri Ozarks that is haunted by some evil first revealed through a childhood vision.

The Legend of the Albino Farm is a horror story turned inside out. What if a thriving family were saddled with an unshakable spook tale? And what if that lore cursed them with an unending whirlwind of destruction from thrill seekers, partiers, bikers, and goths? Hettienne Sheehy is about to inherit this devouring legacy. Last child to bear a once golden name, she is heiress to a sprawling farm in the Missouri Ozarks. During summer, childhood idylls in the late 1940s, Hettienne has foreseen all this apocalyptic fury in frightening, mystifying visions. Haunted by a whirling augury, by a hurtful spook tale, and by a property that seems to doom all who would dare own it, in the end, Hettienne will risk everything to save the family she truly loves. The legend has haunted two generations of Sheehys and marred all memory of the family's glory days. Worse, this spooky lore now draws revelers, druggies, motorcycle gangs, hippies, and later goths to trample the land, set bonfires, and vandalize its structures, all while Hettienne's aged aunts cling to privacy, sanity, and a rapidly deteriorating 13-room mansion.

From her youth, throughout her marriage and her rearing of her children, the curse of the Sheehys drags at her and her family like a vortex. Haunted by a whirling augury, by a hurtful spook tale, and by a relentlessly judgmental Ozarks city, in the end, Hettienne believes she must make decisions that might compromise her family's financial security but will severe them from an ever more dangerous legacy.

What listeners say about The Legend of the Albino Farm

I'm from Spfd so this was an interesting take on an old legend. The story lagged in many places, but Nina's performance was a saving grace. Overall, it was fine.

How is this categorized as horror?

I'd put it in a different category. It's more like a family drama than a horror story.

What was most disappointing about Steve Yates’s story?

Did The Legend of the Albino Farm inspire you to do anything?

Story was ok, not great. Zero suspense, zero horror. Narrator had only to google a few words to make sure of pronunciation (Manna rhymes with Hanna, not Donna) and usage (condescension is WAY different from condensation!) Hettienne is not a protagonist with whom I cold relate on any level. And since when is Springfield MO referred to as “The Ozarks? I was raised in Nevada MO, not a million miles away. Has this writer ever been to Missouri?