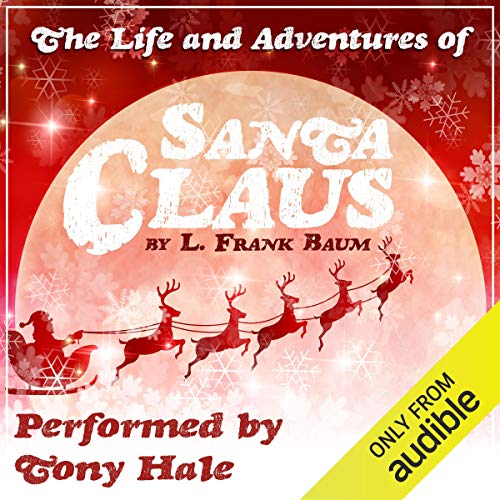 The Life and Adventures of Santa Claus

“In all this world, there is nothing so beautiful as a happy child.” (Santa Claus)

The architect of The Wizard of Oz delves into the mythological beginnings of the jolly old elf himself. Baum created a mythological world in which the magical forest of Burzee, created at the beginning of time, is the main source of all otherworldly magical power. Ak, the Master Woodsman, ruled the forests; Kern, the Master Husbandman of the World, ruled the food crops; Bo, the Master Mariner of the World, ruled the seas. All other immortals are subject to these three. Baum also created Ryls as guardians of the flowers and Knooks as guardians of the animals of the world.

Baum first introduced Ryls and Knooks in his collection of short stories, American Fairy Tales. In The Life and Adventures of Santa Claus, his mythology is more fleshed out, comprising a rich enchanted world, which also includes the more traditional nymphs, guardians of the trees and fairies, and guardians of humans. Later, when Baum’s creation of Oz became his main focus, he placed all of his fantastical realms around Oz, yet designated that the forest of Burzee was the source of the magic of Oz itself.

What listeners say about The Life and Adventures of Santa Claus

A whimsical tale of how Santa and his traditions come to be! Very entertaining and imaginative

A Masterful Tale for Everyone

I have always bern a fan of the Wizard of Oz, but only recently have I found out how prodigious a writer L.Frank Baum was! what a wonderful imagination and the characters are so well developed.
This Adventure will make you believe again!

Tony Hale should narrate everything

Cute story, made so much cuter because of Tony Hale’s spirited narration. It would be a little lacking without it.

What a lovely find on Audible from the beloved author of the fabled “OZ” books. I recommend this joyful tale to all.

A delightful look at the story of Santa Clause.
From foundling baby in a woods to the bright jolly Christmas legend, every step was a magical adventure.
Really enjoyed the story.

This was always my favorite of the Rankin Bass animated/claymation specials. To hear the book narrated so well is a delight. Never got a chance to read the book before seeing the special back in the 80's, so it was cool to hear how faithful it was overall. Definitely a great Christmas time read.

What a whimsical and magically warm origin story. I'm surprised the "Wizard of Oz" author isn't more well known for having written this book as well. I'd never heard of it until recently.

Claus is raised by fairies and nymphs in a forest that seems to be Slavic in origin. Unique from the usual North Pole with elves take, I really enjoyed the originality and utter magic of this version.

Fun story about the caricature of Santa and full of imaginative explanations of how many children view Him.

I was so pleased to learn that Frank

had written a Christmas story ,!!
very charming tale and that he leaves
the reader (kids ) the lesson of the
importance of nature and animals
and being kind always and love n acceptance.

A cute children's story! Something for young and old! Who doesn't love santa. Narrator was good

Not what I hoped for and disappointing am afraid, maybe other reader’s will enjoy, who am l to judge. Thank you.

Such a beautiful story, I listened to this on a long car journey with my 8 year old and we both adored it. Beautifully written and narrated, highly recommended!