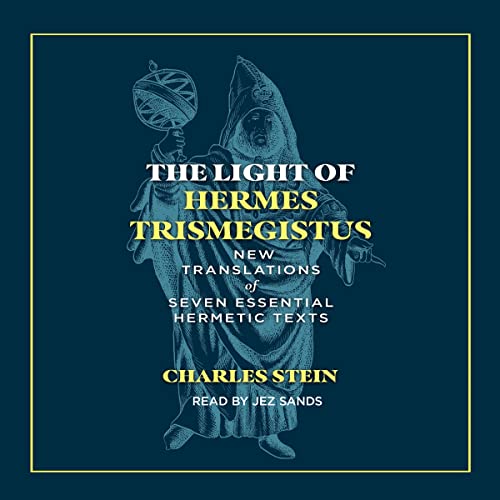 The Light of Hermes Trismegistus

• Includes Theogony, The Homeric Hymn to Hermes, The Poem of Parmenides, The Poimandres, The Chaldean Oracles, Hymn to Isis, and On Divine Virtue, each translated from the original Greek or Latin

• Presents interpretive commentary for each text to progressively weave them together historically, poetically, hermeneutically, and magically

Linked to both the Greek god Hermes and the Egyptian god Thoth, Hermes Trismegistus is credited, through legend, with thousands of mystical and philosophical writings of high standing, each reputed to be of immense antiquity. During the Renaissance, a collection of such writings known as The Corpus Hermeticum greatly inspired the thought of philosophers, alchemists, artists, poets, and even theologians.

Offering new translations of seven essential Hermetic texts from their earliest source languages, Charles Stein presents them alongside introductions and interpretive commentary, revealing their hidden gems of insight, suggesting directions for practice, as well as progressively weaving the texts together historically, poetically, hermeneutically, and magically. The book includes translations of Hesiod’s Theogony, The Homeric Hymn to Hermes, The Poem of Parmenides, The Poimandres from the Corpus Hermeticum, The Chaldean Oracles, Hymn to Isis from Apuleius’ Metamorphoses, and On Divine Virtue by Zosimos of Panopolis.

Through his introductions and commentaries, Stein explains how the many traditions that use Hermes’ name harbor a coherent spirit whose relevance and efficacy promise to carry Hermes forward into the future. Revealing Hermes as the very principle of Mind in all its possibilities, from intellectual brilliance to the workings of the cognitive life of everyone, the author shows how these seven texts are central to a still-evolving Western tradition in which the principle of spiritual awakening is allied with the creative. Never before published together, these texts present a new vehicle for transmission of the Hermetic Genius in modern times.

What listeners say about The Light of Hermes Trismegistus