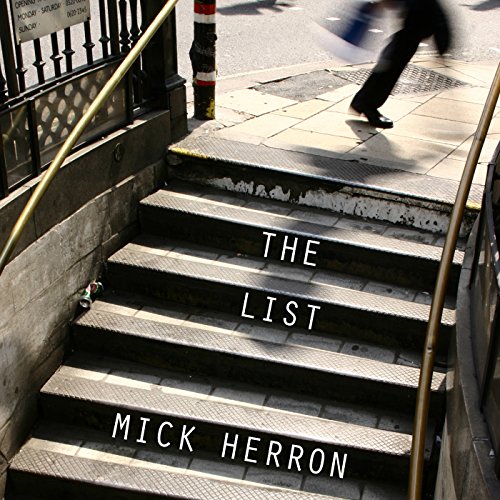 Dieter Hess, an aged spy, is dead, and John Bachelor, his MI5 handler, is in deep, deep trouble. Death has revealed that the deceased had been keeping a secret second bank account - and there's only ever one reason a spy has a secret second bank account. The question of whether he was a double agent must be resolved, and its answer may undo an entire career's worth of spy secrets.

Particularly of Jackson Lamb. Consistency essential to representing so eccentric a character is managed and maintained with aplomb.

Keeping up the tradition....

... Of another great story, from a a superior storyteller, told by the best narrator on the network.

Mick herron and Sean Barrett a marriage made in heaven

A very entertaining short story. I couldn't resist this one and it didn't disappoint. Just look on it as a taster to a brilliant series of 'Spook Books'

Loved it from start to finish, short, but still had my undivided attention! Thanks Mick!

This is a lovely little 'amuse bouche' between main courses. John Bachelor is nobody's leading man but this is more than compensated for by the deliciously devious 'Lady Di' who is on top form - as usual. Well worth a credit.

Bought it under the impression it was a book but it is a short story I felt short changed. Sharp practice will not read another such.

The Jackson Lamb series is my new favourite

A witty, sharp and entertaining series, I recommend they be read in sequence with this novella as a delightful extra.

Mick Heron at his best!!

Mick Heron at his best! just wish it was longer! Roll on 2018 so I can listen to his latest creation!

How affirming to listen to a very well written part of a tale than an interminable hodge podge of mangled plot lines which I have recently endured.
Funny, often lyrical and always requiring full attention, the author has done it again.

Needless to say, the reader can only wish that we could have had "the next part" too. It would be nice to see Ms Taverner trip over.
But by the time this new recruit became a plot line, the team at Slough House would be gone.

Mr Barrett retains the title of the A1 reader of novels.

Well worth a listen

I was a bit reluctant to buy this short story but after listening to Ian Fleming's short Bond stories I was aware that they are an integral part of any series, Jackson Lamb at his most formidable, the story did not disappoint

the length of the story didn't justify the price!
superbly read, enjoyable but also disappointing ....skip this book and buy a story three to four times longer for a little more money. Excellent series disappointingly priced!

Great little story.
Hope to see more of these in the future

Narrator was good - volume setting was much too low!
Could hardly hear what was being said