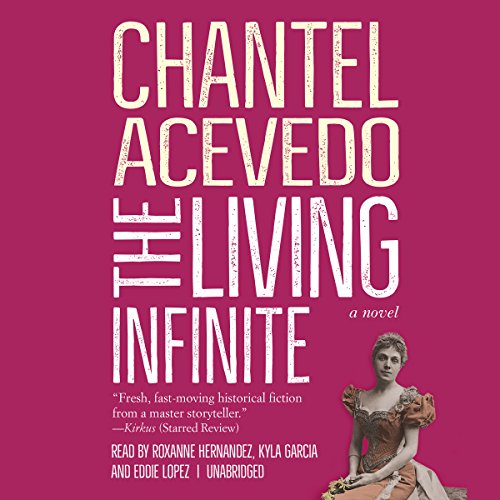 The Living Infinite is based on the true story of the Spanish princess Eulalia, an outspoken firebrand at the Bourbon court during the troubled and decadent final years of her family's reign.

After her cloistered childhood at the Spanish court, her youth spent in exile, and a loveless marriage, Eulalia gladly departs Europe for the New World. In the company of Tomás Aragón, the son of her one-time wet nurse and a small-town bookseller with a thirst for adventure, she travels by ship, first to a Cuba bubbling with revolutionary fervor then on to the 1893 Chicago World Fair. As far as others are concerned, she is there as an emissary of the Bourbon dynasty and a guest of the Fair. Secretly, she is in America to find a publisher for her scandalous, incendiary autobiography, a book that might well turn the old world order on its head.

Acevedo's new novel is an atmospheric and gripping tale of love, adventure, power, and the quest to take control of one's destiny. Bourbon Spain, Revolutionary Cuba, and fin de siècle America are vividly rendered, and Eulalia's personal rebellion will resonate with many listeners.