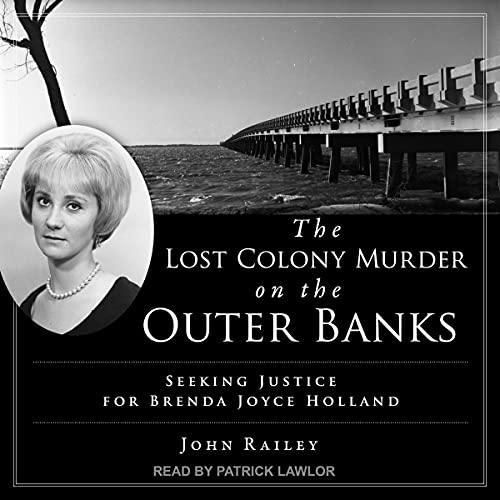 The Lost Colony Murder on the Outer Banks

In the summer of 1967, 19-year-old Brenda Joyce Holland disappeared. She was a mountain girl who had come to Manteo to work in the outdoor drama The Lost Colony. Her body was found five days later, floating in the sound. This riveting narrative, built on unique access to the state investigative file and multiple interviews with insiders, searches for the truth of her unsolved murder. This island odyssey of discovery includes seances, a suicide, and a supposed shallow grave. Journalist John Railey cuts through the myths and mistakes to finally arrive at the long-hidden truth of what happened to Brenda Holland that summer on Roanoke Island.

Intriguing. Heart-breaking. Yet one more situation of power/prestige allowing the guilty to go free for far too long and those around them being left to pay the price and pick up the pieces. Thank you, John Raley, for not allowing it to remain that way. I hope Brenda Holland can rest in peace ~ at long last.