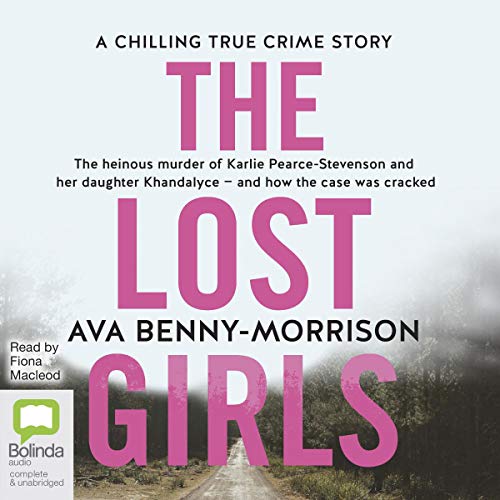 The chilling true story of the heinous murder of Karlie Pearce-Stevenson and daughter Khandalyce and how the case was cracked. How did two girls go missing for seven years and nobody noticed?

In August 2010, dirt bike riders discovered human bones in the notorious Belanglo State Forest, where Ivan Milat had so cruelly tortured and slain seven young backpackers. The remains were those of a young woman, who the police dubbed 'Angel' after a T-shirt emblazoned with the word 'Angelic' that was found near the body.

But 'Angel' lay unidentified for years. Who was she, how did she die, and at whose hand?

Then, in July 2015, the bones of a child were found by a highway in South Australia. Identification was made quickly: clothing and a blanket found near the suitcase matched that in a photo of two-year-old Khandalyce Pearce-Stevenson, who, along with her young mother, had not been seen for some years. Police were quick to identify Angel as Karlie Pearce-Stevenson, Khandalyce's mother. In the grimmest of scenarios, mother and daughter were reunited at last.

The Lost Girls is the chilling true story of this heinous double murder and how the police eventually tracked down the killer, who not only murdered the two girls but stole the young mother's identity to claim more than $90,000 in benefit payments.

What listeners say about The Lost Girls

You could hear the narrator take every breath. Very distracting. The story was interesting, but I couldn’t finish it due to the sound.