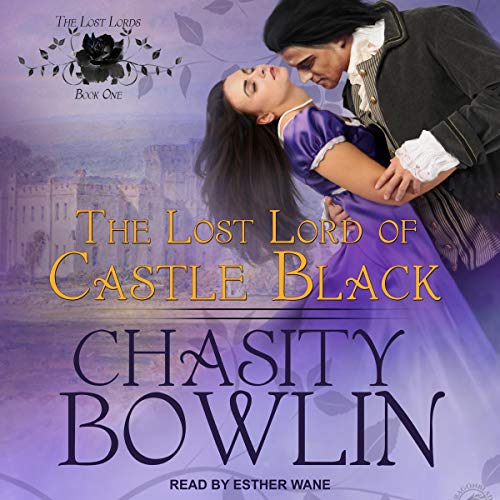 Graham, Lord Blakemore, was believed to be lost at sea as a boy. While his mother, Lady Agatha, has never given up hope of finding her son again, others - eager for the title and the wealth that accompanies it - have been conspiring to have him declared dead against Lady Agatha's wishes. Her only ally in the house is her late husband's ward, Miss Beatrice Marlowe.

But when a dark-haired stranger arrives on their doorstep claiming to be the lost heir to Castle Black, the plots and schemes of those who would have the castle for themselves take a dark and even more sinister turn.

An orphan when she came into the care of the late Lord Blakemore, Castle Black is the only home Beatrice has ever known. Its occupants are her family. This stranger, who claims to have lost his memory of his life there, threatens the order of all that she knows and holds dear. And yet, she is both drawn to him and strangely compelled to believe his claim. Beatrice finds herself torn between her desire for him and her belief that if he is the lost lord of Castle Black, he is far above her reach.

What listeners say about The Lost Lord of Castle Black

Fair book and not so good narration..

This was a decent story of a castle with murder and deceit and lots of anger and mysterious goings-on. BUT I can’t see myself listening to anymore of this series. The narration was not good at all. There was explicit sex in this, and the F-bomb was used 2 times. As to the narration: Esther Wane made the men, especially the hero, Graham, sound like they were all dealing with constipation. Just because a FEMALE narrator can do the voice of a WOMAN character right doesn’t make her a narrator. Have a listen to Ashford McNab or Kate Rudd or Mary Jane Wells, or any number of really good female narrators who CAN do a man's voice, and practice a little more, Ms. Wane.

If you are looking for Romance, history, drama, murder and intrigue! Then look no further than the Lost Lords series! Bought to life by the fab narration of Esther Wane...worth every credit!!