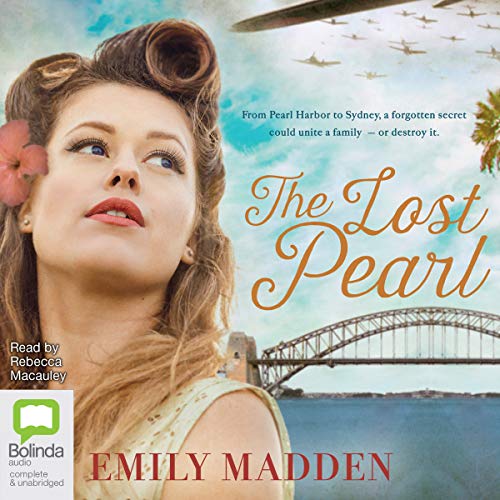 From Pearl Harbor to the shores of Sydney, a family secret that spans generations could unite a family - or destroy it.

Honolulu, Hawaii, 1941. On the evening of her 16th birthday party, Catherine McGarrie wants nothing more than for the night to be over, even though the opulence of the ballroom befits the daughter of a US Navy Rear Admiral. Then she meets Charlie, a navy officer from the other side of the tracks, a man her parents would never approve of.

As rumours of war threaten their tropical paradise, Catherine and Charlie fall in love. But the bombing of Pearl Harbor on 7th December 1941 changes their lives forever. Seventy-five years later, addled by age and painkillers, Catherine tells her granddaughter Kit her story and reveals the tale of a long-lost treasure. Can Kit uncover the secret and reunite her family? Or will the truth tear them apart?

What listeners say about The Lost Pearl

Absolutely loved this book cannot wait to listen too the next offering .
So please Audible I am waiting.

Thankyou Emily..What a beautiful story.. I loved it. The name Pearl is very special to me.
And once again...told beautifully by Rebecca

Loved it, at times I was smiling then frustrated & the crying. beautifully written, believable & a joy to read

I absolutely loved this story. It had me hooked from start to finish. Tales of love, loss and missed opportunities. So well written. I could picture it in my mind and felt I knew the characters. Make sure you have time because you won’t want to put it down. I had the audio version and loved the narration.
Truely amazing thank you 💖