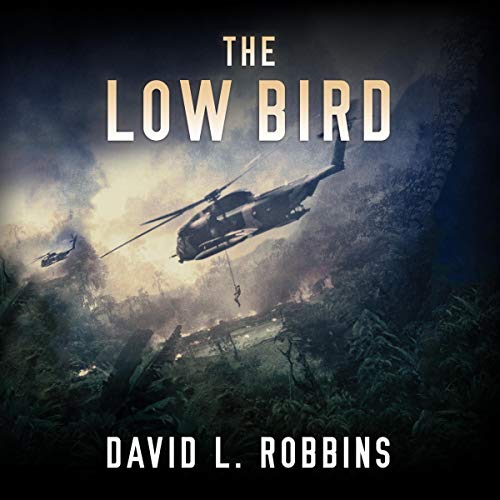 On his first combat mission of the Vietnam War, US Air Force pilot Sol Rall is shot down over the jungles of Laos. Stranded in a valley teeming with enemy troops, Sol scrambles to survive and evade capture. Pararescueman Bo Bolick has been given just twenty-four hours to find Sol before a US carpet bombing destroys every living thing in the valley, friend or foe.

As Bo's search intensifies, Minh, a young Hanoi woman who entertains the fighters and travelers along the Ho Chi Minh Trail, becomes inextricably caught up in the raging battle between her North Vietnamese troops and the American forces sent to rescue Sol. In the midst of heavy combat, Minh tries to find and understand love for the first time in her life.

But the clock is ticking. A curtain of fire is going to descend. The desperate realities of jungle warfare are about to collide with a warrior's code that says no man will be left behind.

What listeners say about The Low Bird

I don't know much about the Vietnam War (though I watched Ken Burns's documentary which is really good), so I wanted to read this book. I read a lot of WWII books, and I thought it would read kind of like them. But it was different. Definitely not as romanticized as many WWII stories are. There's a lot of action in this book. I liked the historical notes at the end.

Mr. Robbins took actual events and weaved them together to write a riveting story.
Thank you....

yes, it is mostly factual. the most exciting was the PJ rescue. I thought that the narrator did an excellent job. BRUCE RAYL

Not very good, lot of talking, put you to sleep
Not much of a story line