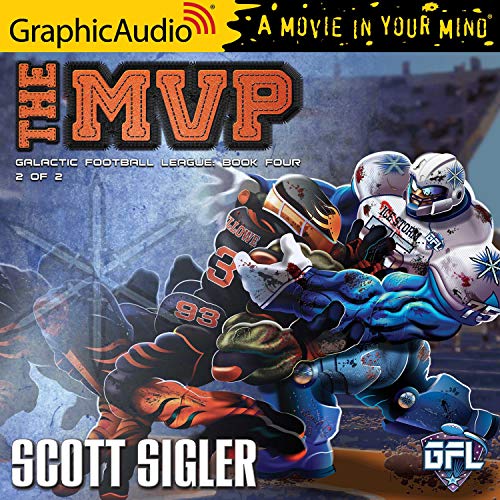 Set in a lethal American professional football league seven centuries in the future, The MVP puts huge humans on the field with four alien races, creating a game that is faster, stronger, and deadlier than anything we know today. Star quarterback Quentin Barnes has spent three seasons putting together a hard-hitting, hard-fighting team that combines rookies, rejects, discarded free agents, and seasoned veterans from all five species. He has fought against racism and bound his team together through shared sacrifice, blood, tragedy, and victory.

But this season, Quentin faces the biggest challenge yet – the deadly threat of the mysterious Prawatt, who seized the ship carrying Quentin and his teammates. As The MVP begins, the Ionath Krakens face certain death at the hands of this unknown race.

The GFL series combines science fiction, crime, and blistering sports action to create a non-stop, pulse-pounding adventure that you can’t pause until the last second ticks off the clock.

What listeners say about The MVP (2 of 2) [Dramatized Adaptation]