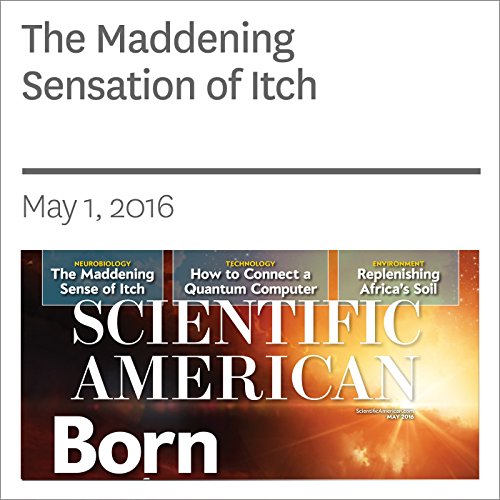 The Maddening Sensation of Itch

An estimated one in five adults will experience itch lasting more than six weeks in their lifetime. Chronic itch can stem from any of a long list of maladies: skin diseases such as eczema or psoriasis, kidney failure, nerve damage caused by herpes or diabetes, mites burrowing in the skin, an allergic reaction to medication, even pregnancy. At its worst, itch can cause serious disability and drive people to suicide - a thought that certainly crossed Burwell’s mind. Yet doctors for the most part still dismiss it as a mere nuisance. “If you don’t have itch, it’s not a problem, and it can be hard to relate to. We are just starting to understand that itch is really a huge problem for so many people,” says Ethan Lerner, a dermatologist and itch researcher at Massachusetts General Hospital.

"The Maddening Sensation of Itch" is from the May 2016 issue of Scientific American.