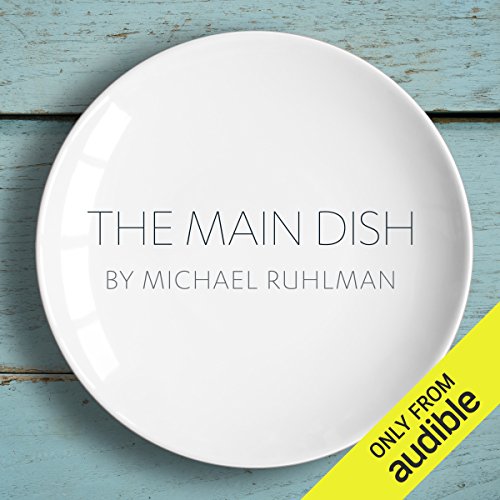 Michael Ruhlman, author of best-selling books about professional cooking and chefs and best-selling cookbooks with such chefs as Thomas Keller, Eric Ripert, and Michael Symon, turns his reporter's eye and engaging style on himself to answer the question "how on earth did I get here?" In an unlikely and unplanned series of chance connections, and work often motivated primarily by fear of poverty, he managed to carve a unique place for himself in the increasingly obsessive world of restaurants, chefs, and writers. In this audiobook, Ruhlman charts his unlikely course from child cook-writer, to writer, to neophyte at The Culinary Institute of America, to his arrival in the kitchen of The French Laundry, one of the finest restaurants in America, and beyond.

Michael Ruhlman is the author of nine nonfiction books and two cookbooks and the coauthor of eight cookbooks. He has been a regular contributor to The New York Times and the Los Angeles Times and a frequent judge on Food Network's Iron Chef America and writes a popular blog at www.ruhlman.com.

What listeners say about The Main Dish

I bought this book because I enjoyed "The Making of a Chef" and "Soul of a Chef." Unfortunately, there isn't much new in this Kindle single. Michael Ruhlman is a talented writer in chronicling the food industry but not so much in other areas. This book reflects that... it jumps around focused on his struggles as a poor writer with a wife and toddler in tow. Also, since his wife choose to stay home to raise their daughter, it was tiresome to hear about how they were running low on money. Ruhlman should have stuck with writing cookbooks and about the lives of chefs, not his own life.

Great listen about the life experiences leading Michael Ruhlman to create some of the most influential books on the modern food industry.