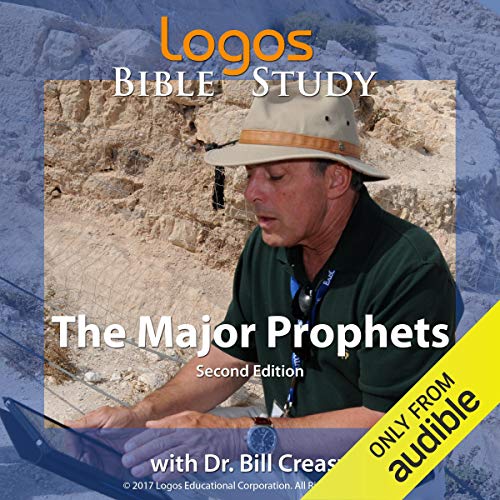 Prophets are emphatically not seers who gaze into the future and predict far-off events; they are God's spokesmen who always speak into their own historical context. Sometimes what they say may foreshadow messianic or "end time" events, but they always have an immediate historical reference. Consequently, understanding a prophet's historical context is essential to understanding his message.

All four major prophets are brilliant literary works, each written within distinct genres, and each crafted in distinctive styles. There are many misconceptions about prophets and biblical prophecy, and in this series Dr. Bill Creasy sets the record straight with the penetrating insight of a seasoned literary and biblical scholar and masterful teaching that both instructs and delights!

Please note: This title will be delivered to your Library as five separate books:

What listeners say about The Major Prophets