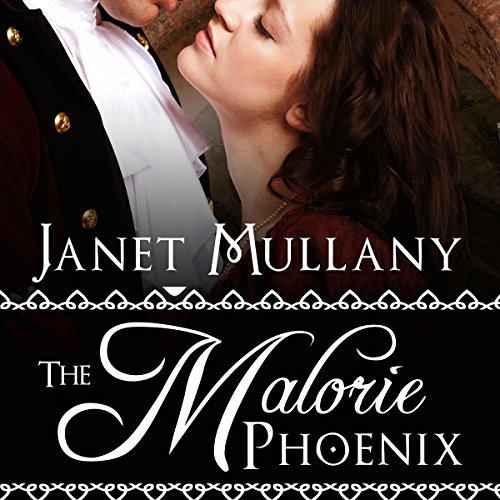 She plays a deadly game, but nothing is as dangerous as love.

Benedict de Malorie, Earl of Trevisan, can never forget the masked woman he met one night at a London pleasure garden. The clever pickpocket stole his heart and his family's prized jewel - the Malorie Phoenix. But the family treasure reappears in Benedict's darkest hour, returned by its thief, along with the unexpected gift of his infant daughter. Believing that she is dying, Jenny Smith leaves her daughter in the custody of the baby's blueblood father. Seven years later she finds herself in good health and alone, yearning for her only child. To raise enough money to support them both, she takes part in a daring escapade that requires her to impersonate a woman of quality. She fools the ton and Benedict himself.

When Jenny finds herself entangled in a murderous plot against Benedict, the father of her child, her carefully laid plans begin to fall apart. All she wants is her daughter back, but she never thought she'd fall in love with Benedict. Revealing her part in the plot means she will almost certainly lose Benedict and their daughter forever. But continuing to play her role puts them all in terrible danger.

What listeners say about The Malorie Phoenix

This had more angst than I generally like and I admit that I skipped ahead. But it was well written and enjoyable nonetheless. I liked the heroine’s character, the hero not so much when he was being all alpha and angry. Liked the family man side of him better.

This was a well written story with excellent narration. I was captivated, throughout, constantly wondering how on earth this could end well for both main characters given the deceit. There was a moment where I truly felt for them and shed a tear or two. I found this audiobook very satisfying and recommend.