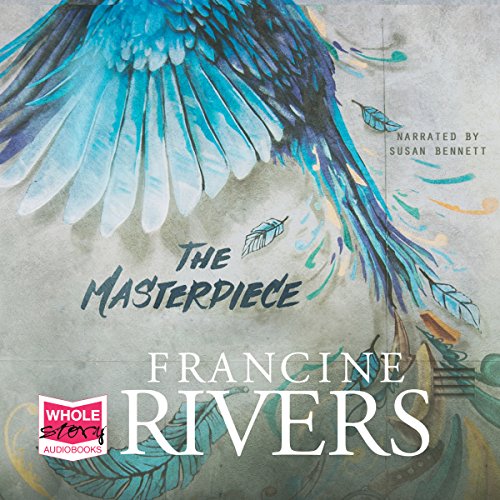 Best-selling author Francine Rivers returns to her romance roots with this unexpected and redemptive love story.

A successful LA artist, Roman Velasco appears to have everything he could possibly want - money, women, fame. Only Grace Moore, his reluctant, newly hired personal assistant, knows how little he truly has. The demons of Roman's past seem to echo through the halls of his empty mansion and out across his breathtaking Topanga Canyon view. But Grace doesn't know how her boss secretly wrestles with those demons: by tagging buildings as the Bird, a notorious but unidentified graffiti artist - an alter ego that could destroy his career and land him in prison.

Like Roman, Grace is wrestling with ghosts and secrets of her own. After a disastrous marriage threw her life completely off course, she vowed never to let love steal her dreams again. But as she gets to know the enigmatic man behind the reputation, it's as if the jagged pieces of both of their pasts slowly begin to fit together...until something so unexpected happens that it changes the course of their relationship - and both their lives - forever.

Francine Rivers is an amazing writer. What an amazing book this was. The narrator sounded mechanical at times, but her voice was still soothing! A great listen.

Loved it. it was an amazing story. loved listening to it. Christian based story. Great

Francine Rivers outdid herself in the lines of this novel.

I enjoyed getting to know Grace and Roman in their life battles and to know God is always there whenever we need Him
between the covers of this book lies the story of love, hate, forgiveness and most of all God.
Thank you Father for your love

Susan Bennett you are a wonderful narrator

Excellent book with valuable Christian life lessons. Would definitely recommend it to friends and family.

Another great story about Gods redemption plan and how he uses the past to create a new future. Beauty from ashes. In everything his work is at hand.
The only point and spoiler alert I have to make, is at the end there are still open questions and one of them is, the confirmation of who the father of Samuel. If this question was revealed clearly that that would have completed everything, instead it’s an open question 😌

I love this book and learnt a lot from it and I could see myself relate to it.

This work is aptly titled. Lovely.
The heart-wrenching and heart-warming story vividly comes to life through delightful writing and performance.

Another great Francine Rivers book about the power of redemption and love. I really enjoyed it.

Loved the narration. What a beautiful story of amazing grace, God's unfailing love. We live in an evil world but God works it for His good

It is a very very good and inspiring book.
Will definitely recommend it to everyone!

a deep soul searching story which is haooeninf the world over and shows how God saves if we only have eyes to see and receptive hearts. Narrator did an excellent job, conveying character emotion and full story perfectly. Completely absorbing and amazing.

Another real masterpiece by Francine Rivers

Wonderful story by my favourite Christian author, beautifully narrated by Susan Bennett. This is my first experience of audiobooks and I was soon lost in the story which is faithful to truth & life. Francine has such a gift of character observation and knowledge of the wonderful redeeming love of God and a gift of being able to share it. This a ‘must read’ book for anyone, believer or not that brings hope to most of us who at times may feel they have ‘ lost the plot’ in the pain of life. Thank you Francine Rivers.

A brilliant read showing how God can work in a number of damaged lives and bring them to the people He designed them to be. A thoroughly good story with twists. Could t put it down.

a good read but I prefer her historical ones. lineage of grace is very good