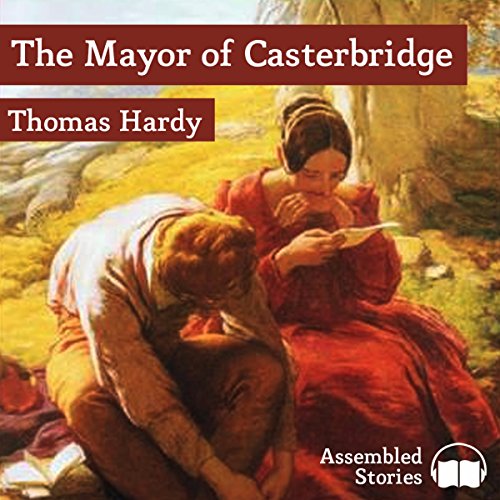 In a fit of drunken bitterness, a young hay trusser, Michael Henchard, sells his wife, Susan, to Mr. Newson, a sailor, at a country fair. The transaction also includes their daughter, Elizabeth Jane.

When sober the next day, he regrets his action but looks for them in vain and is eventually told they may have emigrated. Eighteen years later Henchard is the Mayor of Casterbridge, and the people of the town believe him to be a widower. In recent times he has had an affair with a young woman in Jersey, Lucetta, while travelling there on business. She inherits a fortune and comes to Casterbridge to persuade Henchard to make 'an honest woman' of her. However, Susan, having lost her husband at sea, returns with the now grown Elizabeth Jane.

The Mayor, wishing to atone for his crime of years before, remarries her. To complicate matters further, a young ambitious Scot, Donald Farfrae, has settled in the town at Henchard's instigation. Despite their rapidly worsening business relationship, Donald initially casts a glad eye at Elizabeth Jane but then falls in love with Lucetta.

What follows will destroy Henchard and cause all the main protagonists an immeasurable amount of emotional pain as betrayal, death and fate play their parts in a tale full of suspense.

What listeners say about The Mayor of Casterbridge