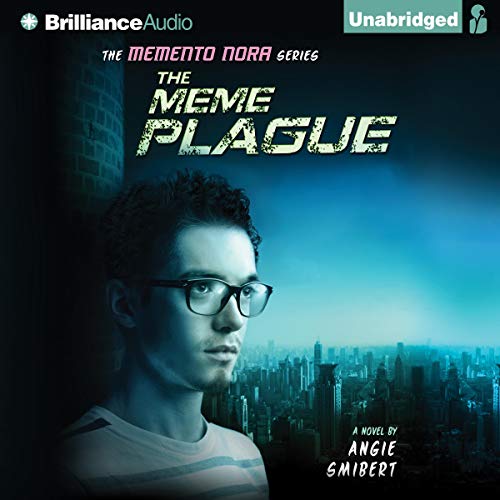 You, my friend, have been hacked.

It begins with the name JONAS W. on the side of a cardboard coffin - right before the funeral procession blows up. Then it's the whisper in the back of Micah's head: Your father betrayed his country. You can't always trust your own brain. Not when you have one of the mayor's mandatory chips in your skull. Micah knows that the chip developed by TFC (the corporation that runs the Therapeutic Forgetting Clinics) does more than just erase unpleasant memories - it implants new ones. The MemeCast warns citizens to "fight the hack."

Micah and his friends have each lost something - a parent, a relationship, a home, maybe even their own identities as they remembered them to be. But, together, they can make sure some things are never forgotten. Election Day is coming, and Mayor Mignon is set to be elected to Congress. It's time to build a new electronic frontier, one that's not controlled by the mayor and his cronies. It's time to get out the vote and shake up the system. It's time to finally say enough.

What listeners say about The Meme Plague