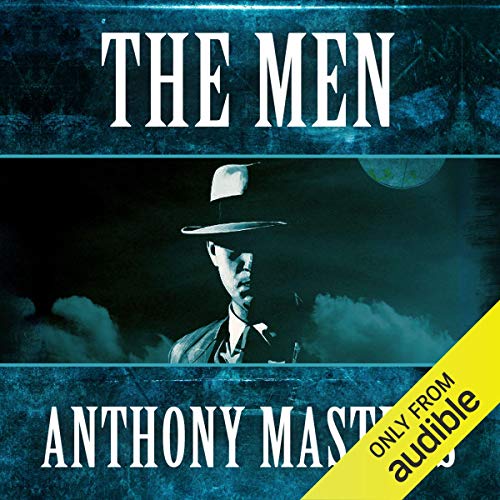 The three men have been closely bonded ever since they made a remarkable escape from Occupied France in 1941. Now, in leafy Surrey, the Festival of Britain is being celebrated, but the atmosphere in the village where they all live is tense. A young gardener has been found with his throat cut. Martin Latimer and Peter Davis seem completely recovered from their traumatic wartime experiences and have settled comfortably into a life of cricket matches and church teas.

Since his return from France, however, Tim Groves has changed completely. Gone is the brave and charismatic man Lucy married, replaced by a shadowy, nervous figure. Lucy is certain that Tim's decline is due to the men's experiences in France, but all three resolutely refuse to talk about what happened there, blaming the Official Secrets Act. Finally, driven to desperation by Tim's anxious and withdrawn state, Lucy persuades him to return to France with her in order to retrace the dark events that broke him.

At first, her plan appears to be working. Tim goes for a walk alone, something he hasn't done for years. But when he doesn't return that night, Lucy begins to fear the worst. Gradually the calamities of the war begin to emerge, and the comfortable Surrey lives of the men and their wives will never be the same again.

Many of these works carry deep insights into social problems that he gained, over four decades, by helping the socially excluded, be it by running soup kitchens for drug addicts or by campaigning for the civic rights of gypsies and other ethnic minorities. Masters is also known for his eclectic range of non-fiction titles. It ranged from the biographies of such diverse personalities as Hannah Senesh (The Summer that Bled, 1972), Mikhail Bakunin (Bakunin: the Father of Anarchism, 1974), Nancy Astor (Nancy Astor: A Life, 1981) and the British secret service chief immortalized by Ian Fleming in his James Bond books (The Man Who Was M: the Life of Maxwell Knight, 1984), to a history of the notorious asylum Bedlam (Bedlam, 1977).