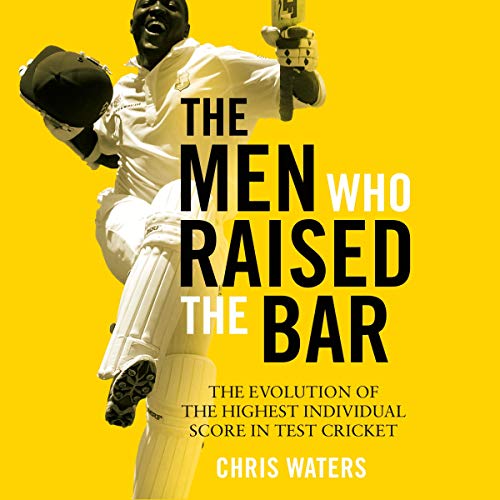 Bloomsbury presents The Men Who Raised the Bar by Chris Waters, read by David Thorpe.

Few sporting records capture the imagination quite like that of the highest individual score in Test cricket. It is the blue riband record of batting achievement, the ultimate statement of stamina and skill.

Chris Waters' The Men Who Raised the Bar charts the growth of the record through nearly 150 years of Test cricket. It is a journey that takes in a legendary line of famous names including Sir Donald Bradman, Sir Leonard Hutton, Sir Garfield Sobers and Walter Hammond, along with less heralded players whose stories are brought back into the light. Drawing on the reflections of the record holders, Waters profiles the men who raised the bar and their historic performances.

What listeners say about The Men Who Raised the Bar