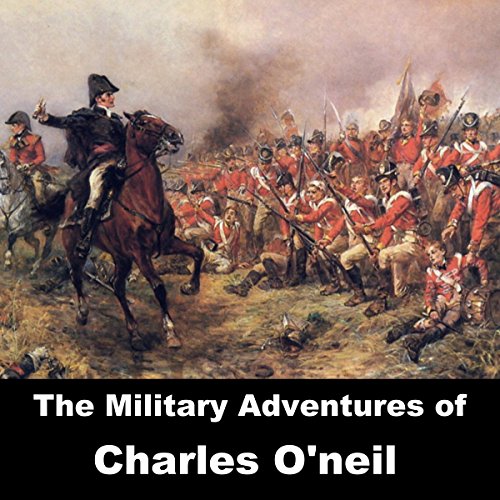 The Military Adventures of Charles O'Neil

FNH audio presents an unabridged reading of the military memoir of Charles O'Neil.

There have been many military memoirs from the Napoleonic wars, and most of them belonging to high ranking officers. This memoir differs in that it belong to the humblest of soldiers, a man from the ranks of a standard infantry regiment.

Follow along as Charles relates how he joined the army, then ran away narrowly avoiding being flogged for desertion. Then travel with him to Spain as he takes part in the Peninsular campaign and then rejoin him as he is called into action at the greatest battle of them all, Waterloo.

Mr O'Neil should of stuck to his story

If you read Bernard Cornwell Sharpe series then you get all the stories. Mr O'Neil to fill in the chapters brings a chapter in on history, some officers adventures and the actual events of some battle. When he talks about himself, his recruitment, travel and being wounded at Waterloo, the book is interesting. He should of stuck to his own story and left the other stuff for the official historians.