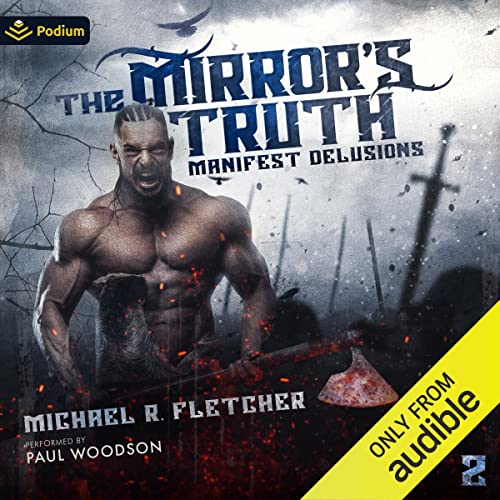 Where belief defines reality, delusion is both a strength and a curse. The deeper you sink into madness the more powerful you become.

But that power comes with a price. Your darkest nightmares hunt you at night. The face in the mirror hates you and wants to be free. Your fears manifest and plot your destruction.

Bedeckt defined himself by the list of crimes he was unwilling to commit. It was such a short list. How could straying from it have gone so wrong? Now, Bedeckt must undo the damage caused by wandering from his precious list. The Geborene god seeks to remake the world with his obsessive need for cleanliness and perfection, but Bedeckt is going to bring him down. Nothing can stop him. Not even death. But the two friends he abandoned in the Afterdeath chase after him, bent on revenge, and psychotic assassins hunt him. Something cold and evil follows, lurking in the clouds above, shredding reality with its delusions. Madness and sanity war, stretching and tearing the very fabric of existence.

The dead shall rise.

What listeners say about The Mirror's Truth

an all around good audio book. if you liked beyond redemption you will like this too. if you didnt then you probably have cat-turd-face

another winner from Fletcher

good reader and a damn fun story. Fletcher must be a bit unhinged to create such a world.