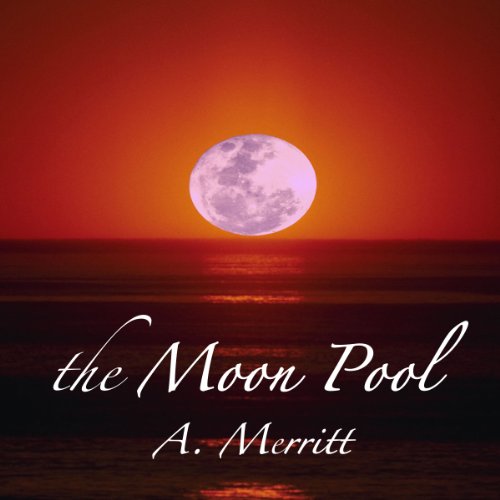 While on a scientific expedition to the South Sea Islands, Dr. David Throckmartin discovers among ancient ruins the Moon Pool, a portal into Muria, an unknown underground world. After the disappearance of Throckmartin, his wife and two companions, his old friend Dr. Walter Goodwin enters Muria with a rescue party, only to confront a fantastic subterranean world filled with incredible beings, astounding scientific advances, and the worship of the most evil of all creatures, The Shining One. A classic, lost world tale by Abraham Merritt, considered an influence on H.P. Lovecraft’s “the Call of Cthulhu.”

What listeners say about The Moon Pool

A wonderful reading of this excellent adventure.

The story I already knew I loved. But, this reading by Harry Shaw was exceptional. He breathed the right amount of life into the characters words. A subtly dramatic reading with enough drama to make the characters and events real. But not so much as to be overly dramatic or drawn out.
Many readers forget they are reading a book and not acting out a play. Harry Shaw beautifully handles the balance between helpful inflection and overacting.
I will definitely look to see what else he has read.