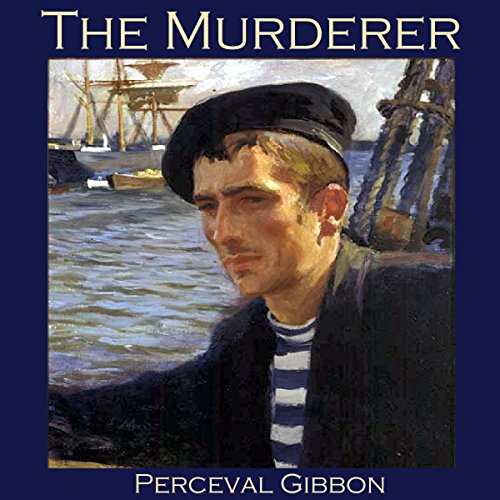 Perceval Gibbon (1879-1926) was an author and journalist, working on the Rand Daily Mail in South Africa and several other publications. He is best remembered for his masterly short stories which were often characterized by an ironic twist at the end.

The Murderer is just such a tale. It tells the story of Conroy, a young English sailor who is bullied and beaten by the brutal mate of the German merchant ship Villingen. Conroy is goaded on by the other members of the crew and ends up publically blurting out a vow of revenge on the mate.

He himself would have quickly forgotton the incident, but his fellow sailors are quick to encourage him to see the thing through. One supplies him with a weapon, others remind him repeatedly of his purpose. But when he is on watch as look-out one night, the mate is accidentally swept off the forecastle head by a wave onto the main deck below, hitting his head hard and killing him instantly, everyone in the crew assumes that Conroy has murdered him.

Conroy finds himself in a very uncomfortable position indeed... but then he realizes how to deal with the situation.