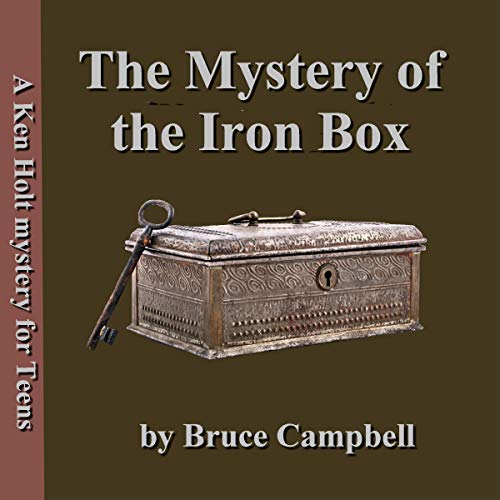 Ken Holt is the son of a world-famous foreign correspondent named Richard Holt.

Holt travels the world and is home infrequently.

Ken's mother is no longer alive and Ken lives with the Allen family.

One of his closest friends is Sandy Allen. Sandy and Ken both at the Brentwood Advance, a local newspaper.

Things start off innocently enough as Ken's father comes to stay with the Allen's for the Christmas holiday. Naturally he brings gifts. For Mom Allen, he has brought an ornate iron box. The box is old but apparently, not very valuable.

Strange events, including break-ins, begin to occur at the Allen and Holt residences. It appears that someone wants the iron box and will go to great lengths to obtain it.

There appears to be nothing special about the box, or is there?

Ken takes the iron box to a jeweler for a repair after it was dropped, and someone sets a trash can on fire in front of the counter upon which the iron box sets.

This further convinces Ken that someone wants the box. But who and why is unknown.

Ken and Sandy decide to pursue the mystery that leads them into a very dangerous situation.

Only near the end of the story do they discover The Mystery of the Iron Box.

The Ken Holt series of mystery books is considered by boy's series enthusiasts to be one of the very best series ever written. The books are praised for their logic and great attention to detail.

What listeners say about The Mystery of the Iron Box