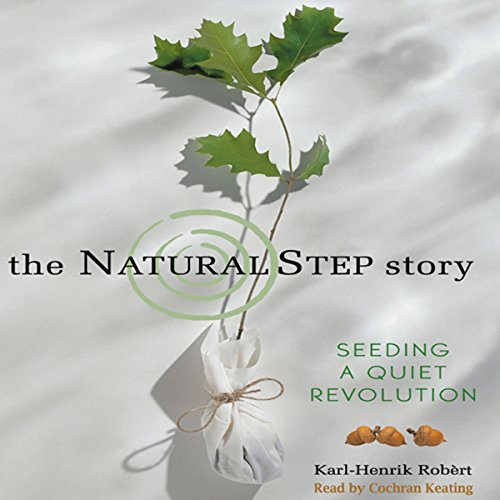 It may be unlikely that a Swedish karate champion, family man, and cancer scientist could be at the center of developing a systems approach to life on Earth that could revolutionize the way humans operate in the world, but this is the story of just that: the idea, and the man behind it.

As a cancer specialist, Karl-Henrik Robèrt faced a stream of parents who would sacrifice anything to save their children. Yet that same selflessness did not seem to extend to saving the environment. For debate on how to achieve sustainability was divided, with no agreement on universal principles. But Robrt's experience convinced him that consensus on how to meet the most basic requirements of life should be possible.

Thus began a long process of consultation among scientists and others that eventually led to the definition of four system conditions essential for the maintenance of life on Earth: conditions that have now been agreed upon world-wide and encapsulated as The Natural Step framework. Supported by the King of Sweden, Robrt's original ideas were mailed to every household in Sweden. Exported around the world, they were elaborated, refined and eventually adopted by companies like IKEA and McDonald's, and business leaders such as Ray Anderson, CEO of US carpet company Interface, and Paul Hawken, successful entrepreneur and author who later headed the US Natural Step organization.

Dramatic, visionary and inspiring, The Natural Step Story will appeal to all with a passion for sustainability including business leaders, academics, journalists, activists, and students. Karl-Henrik Robèrt is a cancer scientist and Professor of Resource Theory at the University of Gothenburg in Sweden. Having initiated The Natural Step movement in 1989, he was awarded the Green Cross Award for International leadership in 1999, and the Blue Planet Prize (the environment Nobel) in 2000.