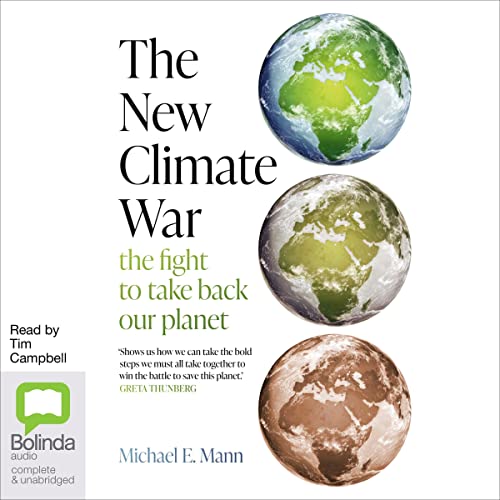 Recycle. Fly less. Eat less meat. These are some of the ways that we’ve been told we can save the planet. But are individuals really to blame for the climate crisis?

Seventy-one per cent of global emissions come from the same hundred companies, but fossil-fuel companies have taken no responsibility themselves. Instead, they have waged a thirty-year campaign to blame individuals for climate change. The result has been disastrous for our planet.

In The New Climate War, renowned scientist Michael E. Mann argues that all is not lost. He draws the battle lines between the people and the polluters—fossil-fuel companies, right-wing plutocrats, and petro-states—and outlines a plan for forcing our governments and corporations to wake up and make real change.

"In The New Climate War, Michael Mann holds them to account, and shows us how we can take the bold steps we must all take together to win the battle to save this planet." (Greta Thunberg)

"Michael Mann provides hope and a roadmap for all of us to address the systemic issues fuelling climate change, and shows how we can come together to wage a new war in the fight for our future." (Leonardo DiCaprio)

"The New Climate War is engaging, approachable, and ultimately deeply uplifting. Mann outlines a hopeful vision of the transformation we must undertake in order to create a better, brighter future on this planet." (Sasha Sagan, author of For Small Creatures Such as We)

What listeners say about The New Climate War