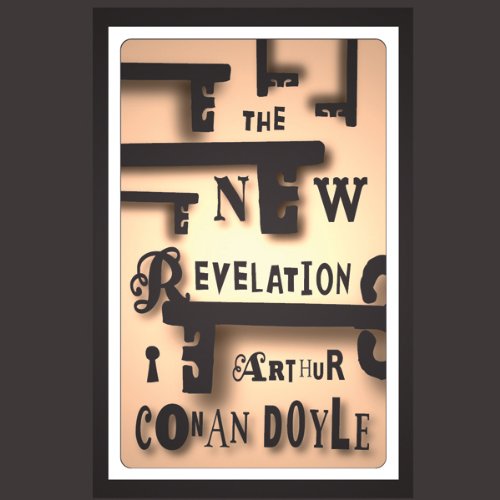 Sir Arthur Conan Doyle was one of Britain's most celebrated writers with his invention of the ultimate detective, Sherlock Holmes, completely altering the crime-fiction genre of the late 19th century. As well as this, he was a pioneering sportsman, a doctor of medicine, and champion of the underdog, helping to free two men who were unjustly imprisoned. Of most importance to the man himself, however, was his belief in life after death and the spreading of the 'vital message'.

He received his degree in medicine from the University of Edinburgh Medical School in 1881 and by this time had already began investigating Spiritualism and had began attending séances, a fact that rebuffs the more common idea that he found Spiritualism after his son, Kingsley, died in 1918. In fact, by that time, not only had he studied Spiritualism for almost 30 years, he had even declared the fact and spoken publicly about his beliefs. His first book on the afterlife, The New Revelation, was published in March 1918, some months before Kingsley's death, so it is fair to say that Arthur's belief in Spiritualism was not a knee-jerk reaction to his son's death.

That said, by now World War One was raging and peoples thoughts were on the dead and dying, and Doyle himself is quoted as saying; "I might have drifted on my whole life as a psychical researcher...but the War came, and it brought earnestness into all our souls and made us look more closely at our own beliefs and reassess our values."

One year after publishing The New Revelation, Doyle followed it up with The Vital Message, in which he shares his thoughts on skepticism, religion, psychic phenomena, and Jesus.

What listeners say about The New Revelation