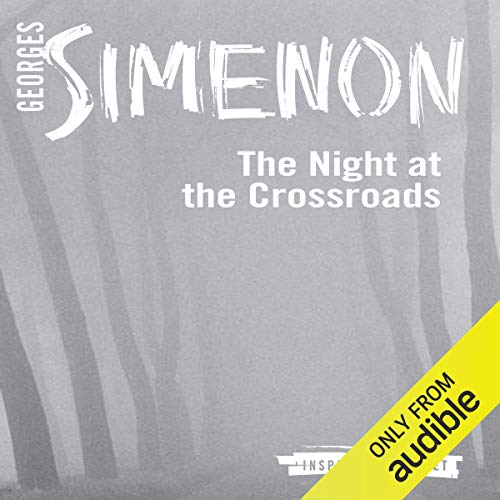 The Night at the Crossroads

A new translation of Georges Simenon's sensational tale of deceit and back-stabbing in an isolated community, part of the new Maigret series.

She came forward, the outlines of her figure blurred in the half-light. She came forward like a film star, or rather like the ideal woman in an adolescent's dream. 'I gather you wish to talk to me, Inspector...but first of all please sit down....' Her accent was more pronounced than Carl's. Her voice sang, dropping on the last syllable of the longer words.

Maigret has been interrogating Carl Andersen for 17 hours without a confession. He's either innocent or a very good liar. So why was the body of a diamond merchant found at his isolated mansion? Why is his sister always shut away in her room? And why does everyone at Three Widows Crossroads have something to hide?

Georges Simenon was born in Liège, Belgium, in 1903. Best known in Britain as the author of the Maigret books, his prolific output of over 400 novels and short stories have made him a household name in continental Europe. He died in 1989 in Lausanne, Switzerland, where he had lived for the latter part of his life.

Linda Coverdale is the awarding-winning translator of many French works and has been honoured with the title of Chevalier of the Order of Arts and Letters for her contribution to French literature.

What listeners say about The Night at the Crossroads

Simenon is a real writer, not just a factory foreman, and Gareth Armstrong breathes real life into an amazing variety if characters. In my opinion and experience, his Maigret is authoritative.

Too simple to be interesting

The narrator did a good job with a simple plot and a group of silly characters. It was basically a tongue in check English mystery.

When the murder is ultimately solved it was a bit of a letdown for me, but for such a short book it really does manage to create a super creepy atmosphere that is hard to shake off when you are done.

Where does The Night at the Crossroads rank among all the audiobooks you’ve listened to so far?

Maigret almost being bamboozled by Else

Very good in portraying different voices. The voice he does for Maigret actually reminds me of the Maigret portrayed by Michael Gambon on the telly.

Enjoyed this book a lot - Simenon conjures up, as usual, a dark and brooding atmosphere. What I personally find interesting is the "American" element. A (large) gang involved in drugs and jewellery smuggling, bumping people off along the way. There is even a drive-by shooting. The book was written in 1931, when similar real-life gangs were starting to capture the imagination in the United States. Bonnie and Clyde, for example, operated roughly between 1931 and 1934. Else actually has got more than a touch of Bonnie (Parker) about her: enigmatic, seductive, high-necked dress (B&W photos of Bonnie portray her thus), chain-smoking and although not shooting anybody dead, wielding a gun around.

The very best of the Simenon stories

The voice is very good.

I have always liked the Maigret books. I have no real idea how accurate they are as a reflection of either contemporary French life or of Police investigations - I suspect not much of the latter. For me they work very well as audio books and I do like Gareth Armstrong's readings of them. His voice works.