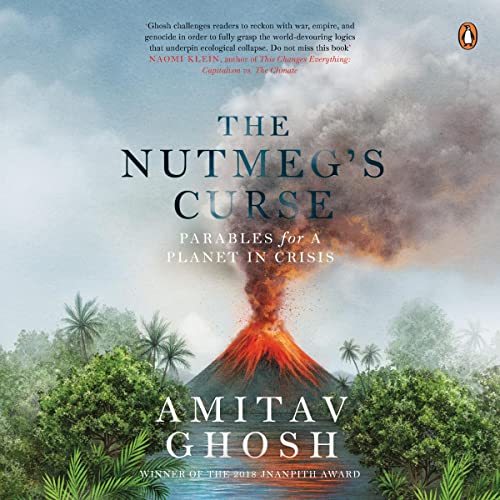 Before the 18th century, every single nutmeg in the world originated around a group of small volcanic islands east of Java, known as the Banda Islands. As the nutmeg made its way across the known world, they became immensely valuable—in 16th century Europe, just a handful could buy a house. It was not long before European traders became conquerors, and the indigenous Bandanese communities—and the islands themselves—would pay a high price for access to this precious commodity. Yet the bloody fate of the Banda Islands forewarns of a threat to our present day.

Amitav Ghosh argues that the nutmeg's violent trajectory from its native islands is revealing of a wider colonial mindset which justifies the exploitation of human life and the natural environment, and which dominates geopolitics to this day.

Written against the backdrop of the pandemic and the Black Lives Matter protests, and interweaving discussions on everything from climate change, the migrant crisis, and the animist spirituality of indigenous communities around the world, The Nutmeg's Curse offers a sharp critique of Western society, and reveals the profoundly remarkable ways in which human history is shaped by non-human forces.

What listeners say about The Nutmeg's Curse