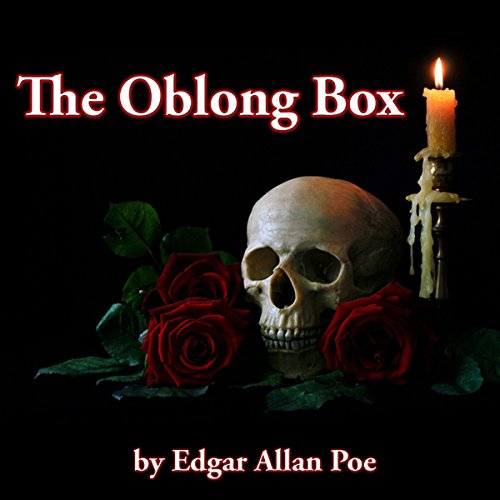 The Oblong Box which was first published in 1844 concerns a sea voyage and a mysterious boxtaken aboard the ship. "It was about six feet in length by two and a half in breadth." The owner of the box begins acting very strangly and refuses to say what is in the box. As the ship passes Cape Hatteras, it is caught in a hurricane and the terrible truth aboutthe box is finally revealed. A vintage Poe story.
Public Domain (P)1984 Jimcin Recordings

Grief, speculation, and a terrible hurricane off the coast of Cape Hatteras converge upon the passenger vessel Independence as it sails from South Carolina to New York City in Edgar Allan Poe’s short story "The Oblong Box".

A man named Wyatt has boarded the ship with his wife and daughters. "He had the ordinary temperament of genius and was a compound of misanthropy, sensibility, and enthusiasm", intones David Ely, who performs the text with a measured sense of suspense. But Wyatt also carries with him an oblong box, for which he has rented a separate room. The mysterious contents of this strange box will haunt the unnamed narrator for several months, and it will haunt the listener for 29 dark minutes.