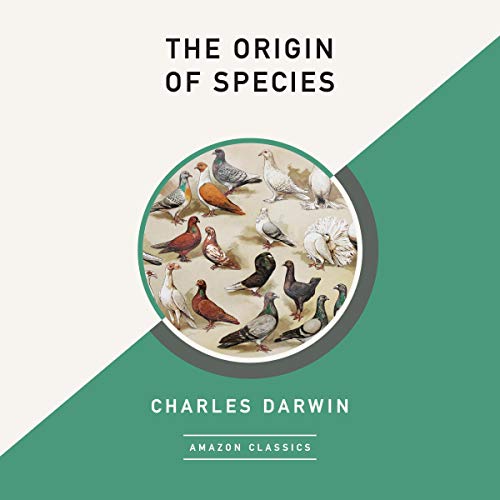 Charles Darwin’s theory of evolution now forms the basis for all the life sciences, but it ignited widespread controversy upon its 1859 publication. The idea that humans and animals might have evolved from a common source came as a shock to readers at the time, and people struggle with the implications of Darwin’s theory to this day. But Darwin foresaw this resistance and argued his case with extensive examples and rigorous logic - and his theory continues to push us toward a deeper understanding of life on Earth.

One of the most impactful scientific treatises of all time, The Origin of Species is still the definitive work on the subject more than 150 years after first making its mark.

What listeners say about The Origin of Species (AmazonClassics Edition)

Evolutionary biology is not my area of expertise or really interest, but as it is nonfiction November I thought I should listen to some nonfiction. This book was often referenced in my science courses and as it was a free listen for Amazon Prime members I decided now would be a good time to pick it up. It is long - more than 17 hours. And rather dry, as many scientific papers can be. There were some interesting bits. I thought it was interesting that he brought up arguments against his theory and as they are still the questions people ask I wonder if it is partly because he brought them up in the first place. If you ever discuss evolution and Darwin's theory (whether for or against) then I think it is important to have read the document that is at the heart of the discussion. The narrator did a good job.