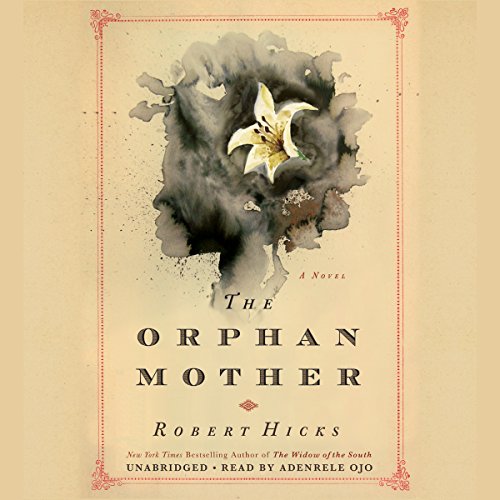 An epic account of one remarkable woman's quest for justice from the New York Times best-selling author of The Widow of the South and A Separate Country.

In the years following the Civil War, Mariah Reddick, former slave to Carrie McGavock - the "Widow of the South" - has quietly built a new life for herself as a midwife to the women of Franklin, Tennessee. But when her ambitious, politically minded grown son, Theopolis, is murdered, Mariah - no stranger to loss - finds her world once more breaking apart. How could this happen? Who wanted him dead?

Mariah's journey to uncover the truth leads her to unexpected people - including George Tole, a recent arrival to town, fleeing a difficult past of his own - and forces her to confront the truths of her own past. Brimming with the vivid prose and historical research that has won Robert Hicks recognition as a "master storyteller" (San Francisco Chronicle).

"The heartbreaking story of former slave and midwife Mariah Reddick is intelligently presented by narrator Adenrele Ojo.... Ojo reflects Mariah's joy at her newly won freedom and the fear and horror she suffers as her only son exercises those new rights. A tone of regret and anger creep into Ojo's voice as Mariah seeks justice. Tenderly portrayed by Ojo, a chaste romance between Mariah and a sniper seeking redemption elevates this potential potboiler into an effective historical novel." ( AudioFile)

But the story did not capture me as I'd hoped. overall it was a good read.

I listened to this book to and from work. It's a great story and it was almost sad to see it end. Great character development and story

This is a must listen. I am moved by Mrs. Reddick’s courage, her life. I was surprised to find out there was a real Mariah Reddick in Franklin, TN. Narration was also excellent.

At times, a bit drawn out, but overall, decent historical fiction, with interesting storyline and fair narration. However, some of the characters' voices sounded really strange, almost cartoon-like, which in turn, did detract from listening. Still not sure if I wil keep this audiobook, since not real likely to listen again.