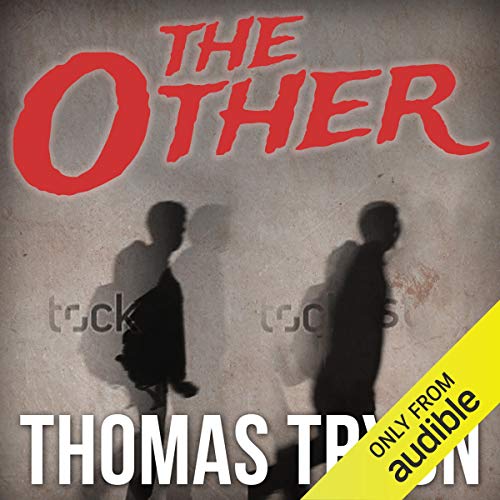 Holland and Niles Perry are identical thirteen-year-old twins. They are close, close enough, almost, to read each other's thoughts, but they couldn't be more different. Holland is bold and mischievous, a bad influence, while Niles is kind and eager to please, the sort of boy who makes parents proud. The Perrys live in the bucolic New England town their family settled centuries ago, and as it happens, the extended clan has gathered at its ancestral farm this summer to mourn the death of the twins' father in a most unfortunate accident. Mrs. Perry still hasn't recovered from the shock of her husband's gruesome end and stays sequestered in her room, leaving her sons to roam free. As the summer goes on, though, and Holland's pranks become increasingly sinister, Niles finds he can no longer make excuses for his brother's actions.

Thomas Tryon's best-selling novel about a homegrown monster is an eerie examination of the darkness that dwells within everyone. It is a landmark of psychological horror that is a worthy descendent of the books of James Hogg, Robert Louis Stevenson, Shirley Jackson, and Patricia Highsmith.

What listeners say about The Other

Wish I could read it again for the 1st time

i read this long ago and loved it. it is still excellent even if not quite as i remembered and holds up. there is some very nice writing by tryon in this as well, much better than stephen king. it is creepy but in a different way than might at first appear. it's hard to say much without giving something away. if you like a suspenseful and well written creepshow try this and stay away from reviews that give away key plot points. I kept thinking of similar novels and want to suggest Some of Your Blood by Sturgeon; We Have Always Lived in the Castle by Jackson; and not on audio yet but incredible is The Wasp Factory by Ian Banks.

I heard so many good things about this I went ahead and used a credit. Big mistake!

The writing style of this book is unbearable. It is 90% description and 10% story. If you like endless description, and wordiness, this is the book for you. If you're looking for a good, scary horror story, pass.

Transcends the genre -- haunting and atmospheric

Where does The Other rank among all the audiobooks you’ve listened to so far?

Definitely one of my favorites. Stephen King's "Dolores Claiborne" is hard to beat as a literary tour de force, but this one really made me *feel* something, quite apart from the horror and suspense. It caught the idyllic and unique beauty of this time, place, and the people inhabiting it -- this world -- which made you feel the loss like a physical blow when someone destroyed it all.


And, as mentioned in the Afterward, the loss resonates with the loss we all experience when we hit adulthood, and the world of our childhoods starts to be inexorably dismantled, plank by plank.I'm really glad I gave it chance, even though the premise -- oh, not the Evil Twin thing again, ho-hum -- struck me as a cliche, and one not particularly interesting to me. I thought it was going to be "The Bad Seed," Brian De Palma's "Sisters" and King's "Dark Half" all rolled up in a packet with a pretty bow.


And I'm glad I gave it a chance -- and thoroughly enjoyed the story -- even though I did see some aspects of the plot twists coming. But a friend had told me he thought I'd really like it, and I'm glad I took his advice. I look forward now to reading some of Tryon's other novels, at least "Harvest Home" and "Lady."


Also, I grew up in Connecticut, and I can also attest that Tryon captured the place perfectly, unlike, say, Rick Moody's horrid, meretricious "Ice Storm," which gets Connecticut, and specifically Fairfield County, all wrong from top to bottom. (As if it were Marin County, on the wrong coast entirely.) Parts of CT are still the same as they were in the 1934 setting of this book, while of course much of it is gone, all gone, subdivided and turned into big-box stores, McMansions and strip malls.

The atmosphere. The haunted feeling it left me with.

Actually, it rather irritated me in the beginning, although part of that was also due to the narrative style, which especially in the prologue and first few chapters was far too mannered for my taste, riddled as it was with asides, exclamations, direct address and a kind of breathless syntax. I also thought it was going to be very dated. But by the fourth or fifth chapter, both the narration and Dufris's performance settled down into a more transparent form of storytelling, and seemed to gain a more natural rhythm. What had seemed dated turned instead into a period piece. Then I found Dufris's performance to be just right, expressive without emoting.

Stick with it! It definitely rewards the effort. One of those books that you'll keep thinking about, reinterpreting events that occurred in the beginning, and discovering multiple ways to interpret the story. It's also structurally brilliant, and shows a great deal of artistic control. A total mastery of the story. I might even read it again, just to see how he manages his sleight of hand at each step.


Also, to the reader who couldn't deal with the cruelty to animals -- come on, it's fiction! It's not even a movie; it's words on a page! It's not as if any animals were actually "hurt in the making of this book," etc. I'm about as tenderhearted as they come when it comes to animals. I "rescue" daddy long legs, lady bugs, flies and spiders that get stuck in our house; I adore my tuffy fish/red rosy minnows, which are considered (ouch!) "bait" by many. And forget about it when it comes to dogs, cats, guinea pigs, wild birds (especially hummingbirds! bluebirds! owls!) and all the wildlife in our yard and woods (beaver, skunks, foxes, deer, chipmunks, squirrels, possums, coyotes, even a bobcat). But the whole *point* of the animal cruelty was that the person inflicting it was a psychopath and a monster. The incident with the animal rather effectively, dramatically and immediately got that point across. It nailed the characterization right there. In any event, the cruelties inflicted on the humans in the story end up being far worse, or at least the suffering far more long-lasting.

Audible is pushing this story on their home page. It is not hte type I usually read, but their marketing efforts worked and I purchased it. I wish I had not and I will not finish it.

The first 30 minutes features torture of an animal. This is something I cannot stomach and do not want in any part or to any degree in my entertainment/literature. Audible should warn about such things. I was very disturbed by what I heard and it is not acceptable to me at all. It may be crucial to the story or to the characters, but such stories and such characters are not in any way the type I want polluting my mind. I find it cheap and disturbing and offiensive and easy and gratuitous. That is my personal taste and I feel strongly about it and react strongly to it, so thought I should warn, since audible is not going to.

Perhaps it won't bother some people as much, but it is a deal breaker for me and I wish I could unhear what I just heard. So if you feel the same, perhaps I have spared someone.

I tried reading this, but I had a hard time getting into it. The narrator did such a great job that I was pulled in and couldn't stop listening!

I read this book when I was a wee lad and it stayed with me forever. I couldn't have asked for a better narrator. I sure wished he'd been hired to do all of Thomas' books.

I never guessed the twist!

What made the experience of listening to The Other the most enjoyable?

Read this novel BEFORE you watch the 1972 film. Do not sneak a peek at the movie's poster art!

What was so shocking about the rabbit-in-the-hat trick?

WHAT A GREAT GREAT STORY

Would you consider the audio edition of The Other to be better than the print version?

YES, BECAUSE I READER WAS SO GOOD.

What was one of the most memorable moments of The Other?

WHEN I FOUND OUT JUST WHAT WAS REALLY GOING ON HERE, I WAS SHOCKED. I SUPPOSE THIS COULD HAPPEN AS IT WAS A HORROR STORY, BUT NOT ABOUT MADE UP THINGS LIKE VAMPIRES OF SPIRITS.

A WHOLE LOT. THIS READER WAS SO PERFECT FOR THIS BOOK. I THINK THAT WILLIAM D. WOULD BE GOOD FOR ANY BOOK OF THIS TYPE. MAYBE EVEN OTHER BOOKS AS HE MITE READ THEM DIFFERENTLY. ANYWAY, HE WAS GREAT FROM BEGINNING TO END.

LOTS OF MOMENTS. I PREFER NOT TO SAY. EACH MOMENT IS A REVELATION IN ITSELF.

I HAD READ THIS BOOK MANY TIMES. I CAN NOT SEE WELL ENOUGH TO READ ANYMORE--I HAVE BEEN SEARCHING FOR THIS BOOK ALONG WITH HARVEST HOME FROM THE TIME I JOINED. WHAT A GREAT SURPRISE TO SEE BOTH BOOKS SUDDENLY AVAILABLE WITHIN 2 DAYS!! I SNAPPED THEM UP IMMEDATELY.

PLEASE READ THESE IF YOU WANT TO BE ENGROSSED AND SURPRISED.

Would you consider the audio edition of The Other to be better than the print version?

I ended up liking this book. The writing style took me a bit getting used to, but the story was compelling, so I stuck with it. If you like psychological thrillers, this is a good one.

What other book might you compare The Other to and why?

Which character – as performed by William Dufris – was your favorite?

The end was interesting

It took two thirds of the book to actually get interesting. The story seemed to meander for a good 7 hours before it finally had some movement. I found the narration to be satisfactory apart from the main character sounding very whiny. Maybe as a pre-adolescent child he might have been a bit whiny, but it's a bit annoying to listen to given that he is the main speaker; I'd be happy to listen to him again as long as he's not reading children. I can't really recommend this book; I'm surprised it featured on the Audible front page so much.