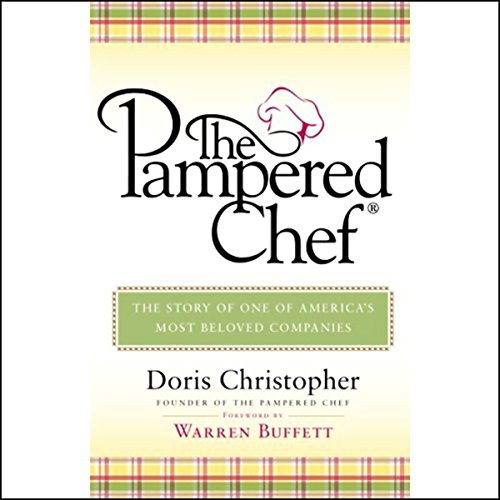 In 1980 Doris Christopher, a former home economist and teacher, was itching to get back into the workforce after an eight-year hiatus as a stay-at-home mom. Drawing on her personal and professional expertise, and determined to make cooking easier and more convenient for families, she started selling high-quality kitchen tools through cooking demonstrations to groups of women in their homes. Today, the company she started in her basement, The Pampered Chef, is celebrating its 25th anniversary and has grown into a corporation with tens of thousands of independent kitchen consultants. Now owned by Berkshire Hathaway, The Pampered Chef's Kitchen Consultants present more than a million Kitchen Shows a year, attended by more than 12 million people.

The Pampered Chef is the story of the vision, energy, hard work, and chutzpah that drove Christopher and her company to the height of success. She describes her early days as a "one-woman show", chronicles the company's gradual expansion, its challenges and growing popularity; and in the process offers invaluable advice and sound strategies on how to found and grow a business.

Today, as at the company's founding, achieving a better balance between work and family remains central to The Pampered Chef's mission. The Pampered Chef brings Christopher's recipe for success to women, and men, everywhere.

Includes a foreword by Warren Buffett and an exclusive interview with the auther and her daughter, Julie Christopher, who grew up in the business.

I LOVED hearing the story on how Pampered Chef got started. Doris is truly a servant leader.