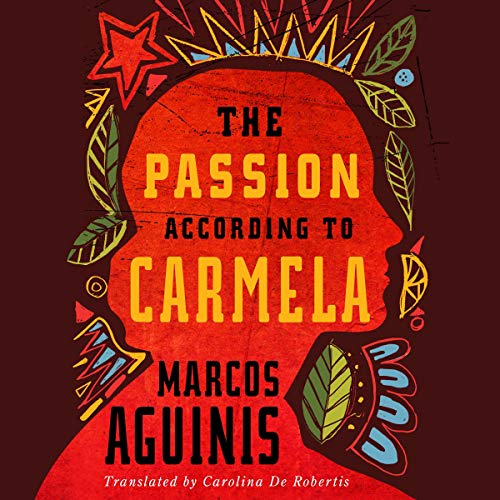 From the prize-winning, internationally bestselling novelist Marcos Aguinis comes an epic love saga set against the tumultuous backdrop of the Cuban Revolution.

It is a time for upheaval in Cuba: the time to build a new society. Even from her position of privilege, idealistic divorcée Carmela Vasconcelos sees the waves of uprising and is caught up in the excitement. Persuaded by her brother, Lucas, she flees her wealthy home to join Fidel Castro’s rebels.

In the mountainous jungle of the Sierra Maestra, Carmela meets Ignacio Deheza, a charismatic Argentinian socialist fighting on behalf of the insurrection. On the training fields of a revolution, they bond in the cause - and in a blind passion that stirs their blood and soul.

As Carmela, Ignacio, and Lucas navigate increasingly dangerous political waters, their personal fates become inexorably tied with that of their country. But when the rebellion succumbs to corruption and disillusionment, they’ll find their dedication to the movement tested. For Carmela and Ignacio, they’ll soon discover that it’s their commitment to each other - and the choices they must make to survive - that will be the greatest challenge of all.

What listeners say about The Passion According to Carmela

Misnamed story about the Cuban Revolution

I moderately enjoyed this story of the Cuban revolution--the early optimism and then the way things then spiraled downward shortly after victory. Interesting to have people like Che Guevara and Fidel Castro make cameo appearances. But I was confused why it was titled as it it was. Much of the story is relayed not through the eyes of Carmela, but through the men in her life. And frankly Carmen didn't seem all that passionate. Was it supposed to be like "the passion of the Christ?" Passion as in suffering? But again, the men in her life seem to suffer more. Final verdict: fine but not amazing.

This is a very entertaining story of the people involved in the revolution in Cuba. The story tells how each person experienced the revolution and the aftermath. The story is well-paced and at times is a real page-turner. The narrators added to the value of the story. I enjoyed the story very much.

I never knew much about the Cuban revolution it was before my time and frankly history lessons very rarely focus on that. I feel like I learned a lot listening to this book but I also loved the characters it was so beautifully written almost like poetry I'm just such a satisfying story.

The story and character development was slow to start, but I was drawn in & fascinated about half way through. Really enjoyed the ending.

Not my normal type of read, but I did enjoy it. I would recommend this book.

The passion according to Carmela

Good read, inside to Cuba and the struggle for freedom from a divas and country.