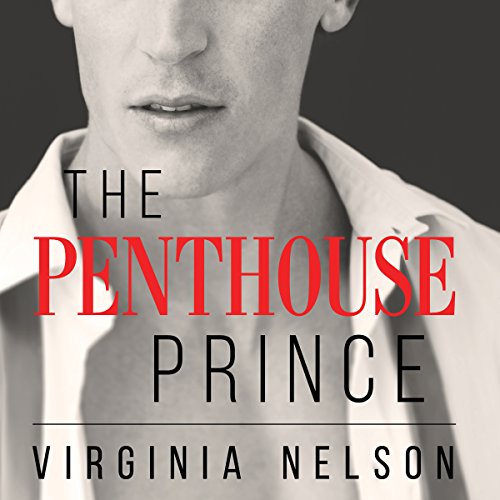 Single mom Jeanie Long was trying to save her butt at work by reporting her manager to the company owner. Instead she finds herself greeted warmly by gorgeous company CEO Camden James...and introduced to his father as his fiancée. Now she's been hired - complete with a hefty pay raise - to be the fake fiancée of the infamous "Penthouse Prince".

Camden doesn't believe in love. He believes in mutually beneficial business arrangements. With his real fiancée off cheating on him, Camden needs someone to help him prove to his father that he's definitely ready to marry. Yet Jeanie's combination of beauty and bluntness act like an aphrodisiac, and their "for the press" kisses look incredibly real. So real that Jeanie and Camden are either really convincing actors...or they've fallen for their own charade.

What listeners say about The Penthouse Prince

The reader was very monotonous. There was no emotion at all in her voice. Her rate was to slow as well.

not sure if I liked it or not. narrator was very monotone. not interesting enough of a story to read it too see if it was the n narration or the story itself that was difficult to over come.

I loved this story. It was amazing and descriptive just enough to be great without being too much. It was a great love story with details and realistic aspects to characters to the situations they have lived. I really enjoyed this story and would highly recommend it for someone looking for a great listen with a story that makes you laugh and feel hope for those who characters.

I loved the story but I wish there where more details to help me imagine the scenarios better. there wasnt alot of back story and I had almost no idea what the characters looked like. The story seemed a little rushed but other then that I loved it! the performance could have been better too but I got used to it a few hours in. All in all, I will definitely be listening to this story again. I also wish the other books in this series has an English version.